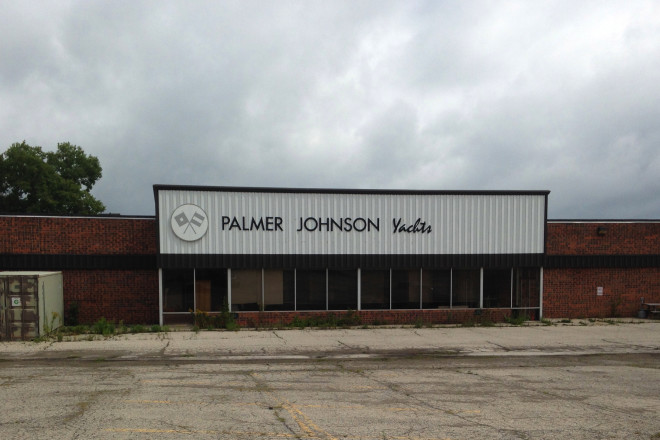 News of the impending closure of Palmer Johnson Yachts’ Sturgeon Bay facilities arrived via a Sept. 2 email from the Wisconsin Department of Workforce Development. Attached to that announcement was a letter to Bill Zillmer, rapid response coordinator with the Department of Workforce Development, from Timur Mohamed, the former cricket player who bought Palmer Johnson in 2003.

“It is with regret that we inform you that the decision has been made to close manufacturing operations at our Sturgeon Bay facilities,” Mohamed wrote in the letter dated Sept. 2. “Our operation and employment levels have continued to diminish, sales have diminished, offshore competitive pressures have escalated, and as a result this action becomes a necessity. We are disappointed and saddened by this business closing and yet realize that there is no alternative.”

The letter goes on to say that the “plant closing is anticipated to be permanent, with the expectation that the employment sites will be closed. The first date of separation is anticipated to begin on or after Oct. 31, 2015, with subsequent separations occurring as work termination takes place after that date. We estimate complete closure of all facilities in the fourth quarter of this year, and obviously no bumping rights will be in effect [bumping is the right of a senior employee to take over the job of a less senior employee in a layoff situation].”

Mohamed went on to say the total number of employees affected “is anticipated to be approximately 100 people.”

A list of the 105 jobs being eliminated followed, with 66 in manufacturing, 33 in operations and six subcontractors.

“Palmer Johnson’s 97‐year history in Sturgeon Bay is significant, and the closure is undoubtedly a blow to our community. Palmer Johnson linked Sturgeon Bay to the world through its luxury yacht brand and superior craftsmanship. As a global industry, luxury yacht sales have been affected by the recession and by economic factors beyond our control.

“The good news is our city has worked hard to diversify our economy and bring new jobs to the area. We’re saddened that this closing had to happen, but with many businesses expanding in the area, we expect to see many of Palmer Johnson’s displaced workers find opportunities here.”

Birmingham cited Bay Ship as well as many manufacturers in the Sturgeon Bay Industrial Park as businesses that are seeing growth and the need for more workers. Palmer Johnson plans to cooperate with the Department of Workforce Development to help the more than 100 employees displaced by the impending closure find other jobs.

“Sturgeon Bay has weathered economic ups and downs, and this will be another chapter in our history,” said Birmingham. “It’s been a good move to diversify beyond our traditional maritime base into other areas of manufacturing.”

However, Palmer Johnson’s departure from the community means more than displaced workers. It will leave empty buildings behind at 128 Kentucky St., 1023 Egg Harbor Road.

“What happens now with their physical assets – I don’t know,” said Sturgeon Bay Administrator Josh Van Lieshout. “That’s the big question. I do know the city isn’t going to buy them.”