You know you’ve thought it, if not actually said it aloud:  “I’d love to be a fly on the wall to hear that conversation!”

You can live that experience vicariously at Björklunden on March 5 at The Play’s the Thing reading of A Trick of the Light, a new comedy by Peter Moore. 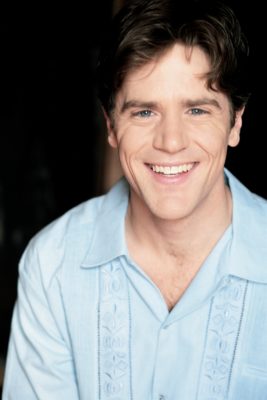 The main character, Eddie, played by Neil Brookshire, is a 40-something guy who has love, comfort, stability, closeness and joy in his life, but feels he hasn’t accomplished anything of real significance or lasting value. Then one day he discovers a very unexpected and astonishing skill. He can become invisible. Vanish. With a gesture of his hand! Imagine the possibilities!

He has no idea where it came from or what to do about it, or even if he should do anything about it. He seeks counsel from his good friends:  Marty (Noah Simon), a very anxious actor; and Darrell (Joe Foust), a dweeb who gets through life by telling jokes. They aren’t much help, and when he confides in his loving and dazzling wife, Beth (Karen Janes Woditsch) he discovers that the vanishing doesn’t happen in front of her! Why? What to do? As Eddie navigates these strange and unprecedented waters, he and his two buddies learn a little about themselves, about life and about love.

These actors will be familiar to the audience as Peninsula Players veterans and, in Brookshire’s case, roles at Door Shakespeare and Third Avenue Playhouse, as well. Hayley Burgess, a Peninsula Players newcomer with years of experience in Chicago and New York, will read the part of several younger characters.

Moore is a newcomer to the theater scene in Door County, but he’s been acting and directing for more than 40 years in his native Minneapolis, and also from coast to coast and in Canada.

“I wanted to explore the idea of how people seem to become invisible in our society as they age, and I wanted to do it in a way that was both funny and theatrical,” Moore said. “Having someone actually become invisible seemed a fun and perhaps insightful way to do just that. I think the play is an examination of the ordinariness of the extraordinary and exactly what constitutes a meaningful life.”

“I like crisp, well-written dialogue, an interesting plot and characters who are living everyday lives,” Moore said in an interview with The Playwrights’ Center. “This new play looks at what’s important at this stage. It’s about relationships. It’s a funny, gentle comedy that plays fast and loose with the dimensions of time and space.” 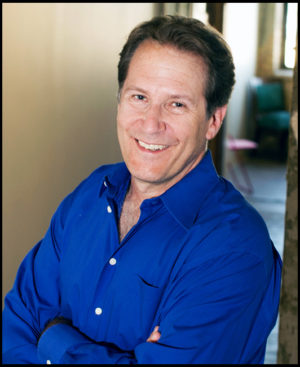 A Trick of the Light is the fourth play Moore has written. Sons of the Bedtime Nooz was produced at the History Theatre in St. Paul in 2005; The Second Oldest Profession in 2014 at the Minneapolis Fringe Festival. Mrs. Parker, Mr. Porter had a reading at the Guthrie Theater in Minneapolis in 2013.

The Play’s the Thing professional play readings began in 2007 by Greg Vinkler, Peninsula Players artistic director, as the theater’s contribution to Door County’s participation in The Big Read.

While the first play reading of the series is still coordinated with Door County Reads, The Play’s the Thing has been expanded to include additional readings in March and April. Vinkler often chooses plays that audiences would like but that, for various reasons, may not be candidates for full productions.

But, because audience response was so positive, some of the winter readings – beginning with Butler in 2013 – have found their way to the summer stage in subsequent years.

Vinkler, who’s directing the March 5 reading, said he picked the play “because I really liked the script. It’s about getting older and the main character’s relationships with his wife and friends. It has unusual subject matter, and it’s funny. It made me laugh, and by the time I finished reading it, I was fascinated. It’s a very human story. I think our play reading audience will enjoy it and find it very interesting.

“What I particularly like about it is that it doesn’t give away any of the fun at the very top of the show when the main character discovers that he can become invisible at will.” 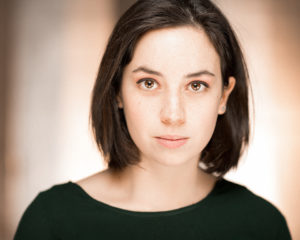 Hayley Burgess makes her Door County debut with the reading.

Might A Trick of the Light make it to the summer stage in a year or so?

“I’ve only read it,” Vinkler said. “Sometimes it is very different to hear it aloud and see the reaction of the audience. In the best of times, the staged reading is just as good as reading to oneself.”

A Trick of the Light will be presented at 7 pm on Monday, March 5 at Björklunden, 7590 Boynton Lane in Baileys Harbor. Admission is free, but seating is limited. A crowd of more than 130 attended the first reading in the series on Feb. 5.

The Play’s the Thing is funded, in part, by a grant from the Wisconsin Arts Board with funds from the State of Wisconsin, as well as generous grants from Door County Medical Center and Friends of Door County Libraries and operating funds from Peninsula Players Theatre.