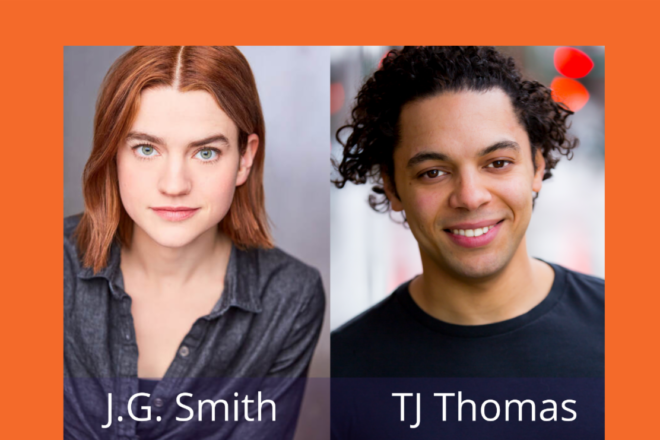 Peninsula Players Theatre has announced the cast for its production of I and You, for which Lauren Gunderson received the American Theatre Critics Association’s New Play Award in 2014.

In this play that balances the angst of the teen years with the beauty of poetry, Caroline meets her classmate Anthony for the first time when he bursts into her bedroom uninvited, armed with waffle fries and a copy of Walt Whitman’s The Leaves of Grass – part of a half-finished school project that’s due the next day. Anthony is a popular basketball player, and Caroline hasn’t been to school in months – housebound because of illness. At first, the mismatched pair seems to have nothing in common, but a friendship develops as they spar, joke and size each other up.

J.G. Smith (playing Caroline) and TJ Thomas (Anthony) are making their stage debuts at Peninsula Players. Smith has performed at the Alabama Shakespeare Festival, City Equity Theatre, The GYM at Judson and Northlight Theatre, and she’s an American Blues Theatre ensemble member. Thomas’ stage credits include Second City’s Deck the Hallmark and Griffin Theatre’s North American premiere of Solaris. Both have extensive TV and film credits, and Thomas can be seen as T-Rex in the new Disney pilot Saturdays.

The theater’s side panels, doors and vents will remain open throughout the season, so patrons should dress for the weather. The show is staged Tuesday-Saturday, 8 pm, and Sunday, 7:30 pm, except for Sunday, Sept. 4, at 2 pm. Learn more and purchase tickets at peninsulaplayers.com or by calling 920.868.3287.