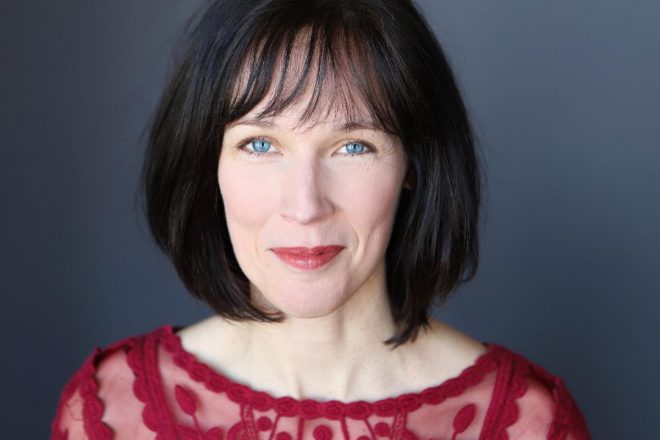 Linda Fortunato succeeded Greg Vinkler as Peninsula Player Theatre’s new artistic director this week. The theater company’s board of directors appointed Fortunato to the post earlier this year, after Vinkler announced that he would step down from his administrative duties at the end of the 2021 season, and Fortunato became associate artistic director in January.

“Greg has led and nurtured the theater so beautifully for years,” Fortunato said. “I am thankful for our many collaborations, and we are all indebted to him for his leadership and artistry. This season has been an honor to work alongside Greg with the whole company to bring live theater back to the Peninsula Players stage. I eagerly look forward to the future and adding my voice to the magical tradition that is Peninsula Players.”

As the new artistic director, Fortunato will uphold the theater’s legacy of collaborating with playwrights on new works and presenting a variety of plays – comedies, dramas, mysteries and musicals – each season. She has already been exploring possibilities for the winter play-reading series, The Play’s the Thing; the 2022 season; and related community-outreach programming as options continue to evolve.

Jill Herlache, board president; and Brian Kelsey, managing director, are confident that Fortunato will build on the theater’s 86 years of success.

“Linda understands the spirit of the theater’s patrons, artists and mission,” Herlache said, “and we are very assured [that] its highly regarded reputation, and the future artistic excellence of Peninsula Players Theatre, [are] in good hands.”

Fortunato brings more than 17 years of collaboration with fellow Peninsula Players Theatre artists, and she is a well-established and award-winning director and choreographer. Fortunato appeared on the Peninsula Players stage this season in Talley’s Folly, and in many other plays during previous seasons. Vinkler also brought her on as the director of Living on Love, Lend Me a Tenor and And Then There Were None, and as the director and choreographer of Ghost: The Musical in 2019.

“I am exceedingly happy to pass the artistic-director baton on to Linda,” Vinkler said. “She has been a talented, trusted and collaborative member of the Peninsula Players family for 17 seasons. Linda and I have always been on the same page when working together, in everything from our artistic goals to the importance of supporting all members of the company. I believe deeply and completely that this passage is a natural transition [that’s] true to the spirit of the theater’s founders and true to the mission it has carried through all of its 86 years.”

Kelsey said, “While speaking with patrons, donors and other company members after the announcement of Greg’s pending retirement, all expressed enthusiasm that Linda was a natural and obvious successor. I am excited to begin a new partnership with Linda as the theater moves forward into a new decade. I will miss my collaboration with Greg, but I also look forward to continuing to work with him as an actor or director in future seasons.”

Peninsula Players Theatre’s 2022 season will run June 14 – Oct. 16. The theater is closely monitoring the public-health situation and will make operating decisions for its 2022 season later. Visit peninsulaplayers.com or its Facebook page for updates.