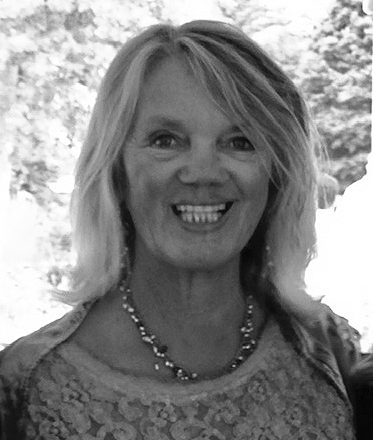 Anne Emerson has lived in Door County since 1969, when she left her writing job at the University of Chicago Press to open Edgewood Orchard Galleries. She and her husband, Minnow, raised their children, Nell and Tucker, here, and they are now blessed with five grandchildren all living nearby.

Children have been central to Emerson’s life, and she loves their sense of wonder and openness to life. She’s worked to encourage that in all ages by helping to establish Friends of Gibraltar in 1982, Door Community Auditorium in 1991 and Write On, Door County in 2012.

Emerson wrote her first book, Doodle Love, illustrated by Molly Johnson, in 2019 thanks to a children’s literature conference at Write On, and they’re working on a second book now. Emerson says the basis of all her writing is a desire to say thank you for this gift of life.

I know it’s good to write a little every day, just to keep the rhythm of writing. I don’t always do that, but I do walk in the woods every day, and the beauty and mystery there often call up thoughts and memories I then write down.

I appreciate anyone’s attempt to put down feelings and observations, so I don’t think of myself as a judge of other people’s writing. I can say I’m less drawn to writing that lacks nuance, or is so obvious that little is left to the imagination.

I like an element of surprise, something I wasn’t expecting and a genuine expression of feeling rather than showing off techniques.

A well-written poem somehow resonates with the reader, reaching something inside and connecting. It’s similar to looking at a painting: Everyone feels and sees a little differently, so there’s a magic in it rather than some strict analysis determining a specific meaning. The painter or poet is exploring, too.

What book are you reading now?

I’ve just finished two books that I’ve loved reading: One Long River of Song by Brian Doyle and Brood by Jackie Polzin, who was at Write On recently. They are both so original, not written by formula, which is like a breath of fresh air!

In the very earliest time that people and animals lived on earth, a person could become an animal and an animal could become a human being. Sometimes they were people and sometimes animals and there was no difference. All spoke the same language.     — Netsilik Inuit Song

I watched as you waited at the window

for the fox that came some mornings that summer,

your skinny legs scraped and bruised,

You held hands in the language of twins,

too young to be aware of your beauty.

No fox came, but you kept your silent watch.

staring in as you stared out,

eyes locked in a moment of grace.

At the sound of their mother’s warning

they bounded off on slender legs, white tails high,

Did some wisdom pass between you?

Behind our house a small backyard,

cement mostly, a parked car, dogs in and out,

we planted alongside the neighbor’s garage.

The cement was cracked, tufts of grass growing up,

and a single sumac, a magic tree you said, for me.

Now and then a gift appeared,

a shiny pinwheel spinning in the wind,

a box of crayons, a tiny cloth doll.

One day I saw you in line at the dime store

with a small silk fan, folded pinks and greens,

and in the morning light the fan was twirling in the tree.

I imagine you now, your long skinny legs, your slender arms

reaching to tie the string when I wasn’t looking.

It’s hard to let go of the magic.

Just when our lights were fading

and our steps were slowing down,

along came a band of babies

Bursts of light, these little babes,

Connor and Beau, and Lochlan and Joe,

and everyone cooing and clicking and mooing,

and swaying and singing and whispering low.

our town is growing brighter day by day.

Avery and Daphne and Sylvia join the chorus,

Emmett and Charlie, and baby Booker just came for us!

All these little lights shining, and more are coming soon,

like sparkles on the water and shimmers of the moon.

strollers strolling up and down,

a tip of the hat, a warm hand extended,

a hug and a smile, fences mended.

No more thinking in black and white,

bless these babies, every one.