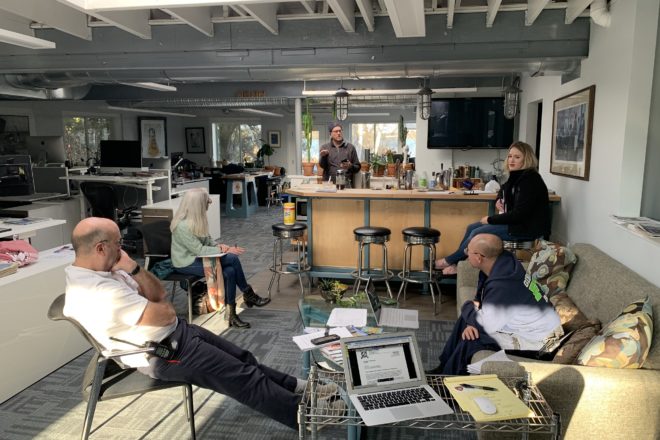 The late Howard Baker Jr. was a giant of Republican politics. He served for nearly 20 years as a U.S. senator from Tennessee, achieving the role of Senate Majority Leader and ultimately serving as the right hand of President Ronald Reagan as White House Chief of Staff. In Baker’s obituary in 2014, the Washington Post described him as playing a “central role across two decades of Republican politics.”

As certain as Baker was of the righteousness of his conservative ideals, he humbly rooted himself in the words of his father: “You should always go through life working on the assumption that the other guy might be right.”

In their book, How Democracies Die, political scientists Steve Levitsky and Daniel Ziblatt write, “When societies divide into partisan camps with profoundly different worldviews, and when those differences are viewed as existential and irreconcilable, political rivalry can devolve into partisan hatred. Parties come to view each other not as legitimate rivals, but as dangerous enemies. Losing ceases to be an accepted part of the political process and instead becomes a catastrophe.”

Our ability as Americans to work together for the betterment of all our citizens, even those with whom we disagree, is in jeopardy.

Last month I wrote a column, “The Problematic Shift from the We to the I,” highlighting research showing that our country has been losing a central tenet of what made this nation great. Namely, that our founders’ first commitment as citizens was not to a king, a church or a politician, but to each other. In his book The Upswing, Robert Putnam discusses Alexis de Tocqueville’s observations from 1831 about what made America unique among the nations of the world at that time.

“[Tocqueville] noted a fierce commitment to personal liberty among the descendants of rugged pioneers who had fought so hard for it. But he also observed the coming together of people for mutual purposes, in both the public and private spheres, and found that a multiplicity of associations formed a kind of check on unbridled individualism.”

Putnam notes that “[American] citizens were profoundly protective of their independence, but through associating widely and deeply, they were able to overcome selfish desires, engage in collective problem solving and work together to build a vibrant and – by comparison to Europe at that time – surprisingly egalitarian society by pursuing what [Tocqueville] called ‘self-interest, rightly understood.’”

The ability for ordinary citizens to so effectively exercise their personal liberty in the context of a common good was, at the time, a uniquely American trait. Arguably, it was the essential piece of what many would eventually refer to as “American Exceptionalism.” Our challenge, as Putnam explains it, is that over the last half century, we have shifted from “the we to the I,” in which our shared commitment to each other has been eclipsed by a growing focus on our own self-interest.

Neither a government program nor a charismatic political leader will reverse this trend, yet Putnam’s book is titled The Upswing precisely because he believes the lessons of our past provide hope for our future. Our pathway to national rejuvenation begins with individual people, exercising their personal liberty to associate with others in service of a common future. American Exceptionalism was made possible because ordinary people didn’t obsess about how they disagreed. Instead, they focused on what they had in common, then worked together to make those things better.

So many politicians and pundits focus on how we differ that we’ve forgotten the values that almost all Americans share. We love our families. We want what’s best for our children, our neighbors and our community. In our little county, virtually all of us have one more critically important thing in common: We love living in Door County.

There are seeds sprouting all around the peninsula. Think of how the citizens of Door County responded to the COVID-19 crisis. The Door County Emergency Response Fund received more contributions, on a per capita basis, than any other community in Wisconsin. That’s evidence of the passionate commitment that both year-round and seasonal residents have to the place they love. Yet ultimately, the fund is just a fundraising tool. Consider how many of us during the past two years volunteered shoulder to shoulder to help our fellow residents.

For years, Door County has had eight food pantries, seven of which were faith-based organizations, each rooted in a separate denomination whose differences compelled it to operate independently of the others. Yet during the past two years, the volunteers of these pantries from Washington Island to Southern Door have united to form the Door County Food Pantry Coalition (feeddoorcounty.org). Today they coordinate their efforts, buy food in bulk, share a storage facility and truck resources among pantries as needs warrant.

Then there are the response efforts of the Door County Fire Chiefs Coalition. Since the start of COVID-19, perhaps a thousand people have stepped forward to help. At the start of the pandemic, enormous numbers of volunteers distributed 900 prepared meals every day to people out of work. Even more folks pulled together to distribute 1,000 food boxes at a time on so many occasions during the first 18 months of the pandemic.

Although not directly related to COVID-19, during the past two years, a coalition of Door County businesspeople, nonprofit professionals, housing developers and ordinary citizens have been volunteering their time to explore strategies to build more affordable housing. Later this year, that group will announce the details of its plans for a new nonprofit corporation that will foster the construction of hundreds of affordable rental units in Door County.

Working side by side with each other isn’t unprecedented around our peninsula, but during the past two years, our issues and experiences have become universal. Therein is perhaps our greatest opportunity in a generation: We’ve once again come together in service of each other. Now we must keep the work going.

It’s naïve to think that the whole nation will change because of what we’re doing in Door County. Yet during the pandemic, similar collective efforts were occurring in communities across our nation. Regular citizens, working together, have unknowingly begun reaffirming the American commitment not to a king, a church or a politician, but to each other.

Tocqueville didn’t see American greatness in national efforts, but in community-level action that collectively moves the nation. Few of us will ever be able to change the world, yet almost any of us can change Door County when we work together. So join with your neighbor to do something. Get involved. Help make Door County better. That is how we rebuild our nation.