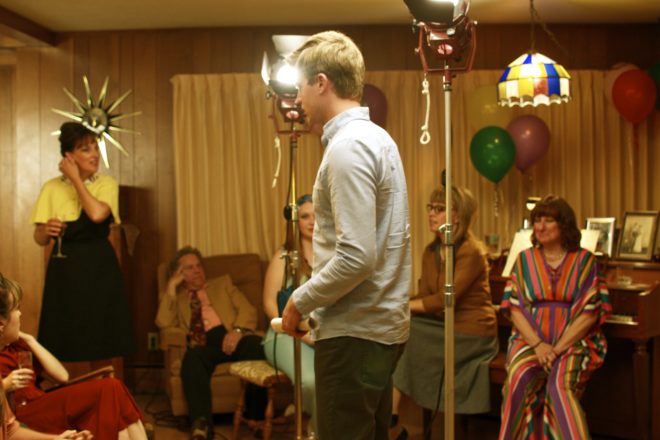 A bit of Door County is keeping some mighty rich company this month at the world-famous Cannes Film Festival. Drew Britton, who has spent much of his life here, submitted Richard’s 32nd, an eight-minute film he wrote, directed, produced and edited. A month later he received an email saying it had been accepted for screening in the Short Film Corner.

This segment of the festival is a professional area for meeting people, exchanging ideas and promoting films through workshops and conferences at the Palais des Festivals. In 2015, the Short Film Corner drew 2,420 films from 105 countries that were viewed 26,070 times in the Corner’s 56 viewing booths and three mini screening rooms. It’s an opportunity for young professionals to network with the biggest industry players: institutions, financiers and the most important international reps in the film business. 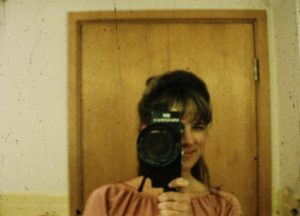 While Britton won’t be attending, due to the final weeks of his master’s program at the University of Wisconsin – Milwaukee and the fact that he’s deep into pre-production of his second full-length film, Richard’s 32nd will represent Door County well. It was shot at a private home in Sturgeon Bay, using actors from the local theater scene: Heather LaVine, Michael Bleck, Carrie Counihan, Jess Adams, Marcel Bruyere, Keri Grimsley, Skyler Champeau, Renee Kujawski, Bill Bauernfeind, Laura Vlies and Samantha Marie.

The film is about a surprise birthday party attended by neighborhood friends who aren’t sure how to react when the wife of a new couple on the block becomes flirtatious with someone else’s husband. Like Britton’s previous feature film, When the King Tilts, Richard’s 32nd deals with interpersonal dynamics, focusing on the humor, as well as the awkwardness in relationships.

Britton describes it as a “period piece,” which to most people would bring to mind hoop skirts or coonskin caps. In this case, it refers to the “organic” approach he used to film the movie, using a 16mm camera to produce the effect that it was shot by a party guest with a home-movie camera, typical of the 1960s setting. Completing the process, Britton edited the film with antique equipment. 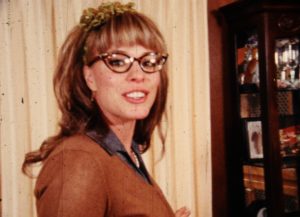 Britton has lived in Door County off and on since he was in elementary school. His love of movie making began at age 12, when his uncle gave him a camera. He now lives in Milwaukee, where he teaches at UW – Milwaukee and is the director of the university’s Union Cinema that specializes in screening independent and experimental short and feature-length movies and documentaries.

His first feature (full-length) film, When the King Tilts, was filmed in 2013 in Little Harbor. It won four awards at festivals around the country and received many compliments on the beauty of the scenery.

“Door County is so beautiful and has so much to offer,” Britton says. “I plan to use it for shoots as long as I can.” After completing his MFA in filmmaking this spring, he plans to continue working in the Midwest. “You don’t have to be in New York City or Los Angeles now to be successful in this field,” he notes. 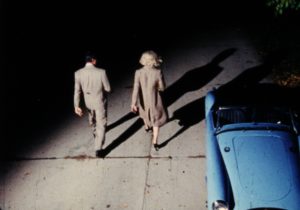 Accompanying his film to Cannes would be exciting, but Britton won’t be making the trip. There’s too much going on right now, with graduation and preparing to shoot another feature film in Door County in October. Back at the Staircase, a follow-up to When the King Tilts, will be set in Egg Harbor, Southern Door, Little Harbor and Fish Creek. Four professional actors from New York and Los Angeles will play the lead roles, telling the story of a family get-together, again focusing on interpersonal relationships.

Although he won’t be going to Cannes this year, he hopes there will be another opportunity to mingle with the famous if one of his feature films is selected for the festival in the future.