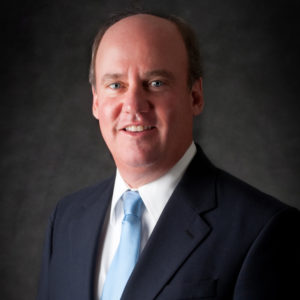 Attorney David L. Weber of the Pinkert Law Firm learned from Gov. Scott Walker on June 30 that he has been selected to serve as Door County’s newest circuit judge, replacing Peter Diltz, who retired on May 11.

“He called me about 12:15 today and said that he had selected me for the judge in Door County. Of course I am honored and humbled by that,” Weber said.

“I am thrilled to appoint David Weber as judge in Door County,” said Governor Walker. “David’s long-term commitment to the Door County community and his passion for the rule of law make him a great asset to the judiciary.”

Weber, a Sturgeon Bay native, currently serves as a partner at Sturgeon Bay’s Pinkert Law Firm, where he has been since 1992. During his time there he has handled complex litigation cases involving insurance, contract, real estate, commercial, employment, family, corporation, probate, and personal injury law. Weber has been named a “Wisconsin Super Lawyer” since 2013 and received a Martindale Hubbell AV rating since 2009. In his spare time, Weber serves as Chair of the Board of Trustees for St. John Bosco Catholic School in Sturgeon Bay.

Two other members of the local legal community had applied for the position, District Attorney Ray Pelrine and Family Court Commissioner Jennifer Moeller.

“All of the other candidates are all very capable people as well. To be selected over those people is truly humbling,” Weber said.

Saying it would be difficult to summarize the many reasons why he applied for the position, Weber said the biggest one was the ability to serve the community both he and his wife grew up in.

“We’re both from Sturgeon Bay,” he said. “It’s an opportunity to serve the community, which I wanted to do. My wife and I care deeply about this community. To be given the opportunity to be a servant and help the administration of justice is an awesome responsibility and truly humbling.”

Weber said he had no details yet on when he would begin his new job. Those details will be coming from Katie Ignatowski, the governor’s chief legal counsel.

“Of course, that’s up to the firm as well, to some degree. I have an ongoing practice. I can’t just leave my clients high and dry. So I assume there will be some sort of transition period,” Weber said. “I know this. I have a trial at the end of July and my client would not appreciate me dumping that on somebody else. So I’m going to be here through July, I’m quite sure. Beyond that, I don’t know.”

As part of that transition, Weber expects there will be some mentoring time with other circuit court judges.

“And there’s a judicial college that meets every single year. This year it meets in September. It’s a two-week thing and I’m sure I’ll be going to that,” he said. “And then just drawing on my 30 years of experience. There’s going to be a learning curve, no doubt about it.”

He also pointed out that taking the judgeship requires that he leave Pinkert Law Firm, and he is doing so on the best of terms.

“I want to make it absolutely, abundantly clear, I’m leaving the Pinkert Law Firm on excellent terms. I love all my associates and partners in the law firm. They’re fantastic people, fantastic lawyers,” he said. “I have nothing but great feelings toward the Pinkert Law Firm and am honored actually to have worked here for 24 years. It’s a little bittersweet in that sense, but it’s a new challenge in my life that I am looking forward to.”

Weber is a graduate of Lawrence University and of Drake University Law School. He currently resides in Sturgeon Bay with his wife, Holly. They have two daughters.