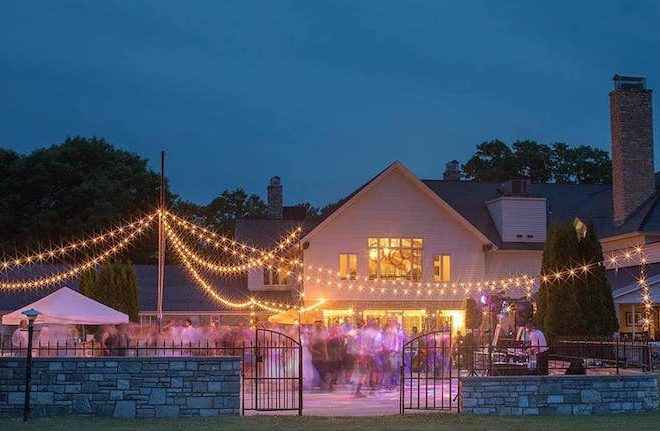 Just outside Baileys Harbor township on Highway 57, Maxwelton Braes has been a bastion of Door County golf and resort life for nearly 100 years. More recently, it has also been home to Thyme Cuisine, but this summer marks a shift from the historical supper-club feel to a different approach to eating out.

Bill Anderson bought Maxwelton Braes in 2013 with plans to sell it on to someone who was ready to take this iconic resort into its next great era. But after a potential sale fell through in 2020 – and after Thyme Cuisine also left that fall to focus on catering from a live/work space in Sister Bay – Anderson decided to experiment a little during the interim, rather than committing to another full-time restaurateur.

“I spoke to friends in the restaurant industry in Chicago,” Anderson said, “and they confirmed that ‘pop-up’ was the whole trend right now.”

He renamed the bar MAX; made some changes to create a less formal environment, such as adding a jukebox; and compared notes with other local bars to ensure that his drink prices were competitive. Some of the changes were intended to attract a younger demographic: people who enjoy a more informal setting, love an outdoor patio and maybe wouldn’t have thought to visit Maxwelton Braes in the past.

“Baileys Harbor is becoming a younger town, and we have incredible patios here that most people don’t even know about,” Anderson said.

Moving full steam ahead with the pop-up concept, he and his team at MAX have set up an enviable rotation of pop-up food for visitors and locals to enjoy almost daily, including sliders, jerk chicken, grilled cheese, a perch fry and a Sunday fish boil.

Thyme’s exit as the resort’s exclusive caterer has meant that other local businesses can serve as vendors at some of its many weddings and events, but Thyme continues to host several of the rotating food offerings each week (see the sidebar).

Another fun, new addition this summer is outdoor music events, which take great advantage of the large patio area to create a festival-like concert feel.

The Peninsula Pulse is joining forces with MAX to host Nashville groove bluegrass band The Danberrys on Aug. 14, 4 pm. That’s the same day as Food Trucks & Floaties, 11 am – 4 pm, just down the hill in Baileys Harbor by the lake. That date also falls during the weekend of the 53rd anniversary of Woodstock, which feels like an auspicious start to what will hopefully become a yearly summer outdoor-music series at MAX.

What’s next for the business? Anderson remains open to possibilities.

“It’s a regroup year for the business,” he said. “Next year I’ll either find someone to take over, or, if I’m still running it, I’ll get a food-and-beverage manager on board. I’m having fun, trying things and seeing what I can build.”

Learn more about MAX at maxweltonbraes.com/max.