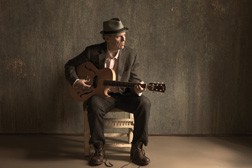 On Aug. 2, two of rock’s most astute contemporary songwriters will join forces at Door Community Auditorium (DCA) for a concert of hard-edged lyricism and musical power. Each a legendary songwriter in his own right, Americana troubadours John Hiatt and Steve Earle have twenty-five Grammy nominations and three Grammy Awards between them. Each joined by a full band, Hiatt and Earle’s doubleheader performance at DCA will be a one-of-a-kind evening, not to be missed.

Equal parts bluesman and wordsmith, Hiatt has cultivated a reputation over the years as a songwriter’s songwriter, able to blend a poet’s attention to detail with a rocker’s knack for catchy melodies and unforgettable hooks. Last year he released his 23rd album, Mystic Pinball. 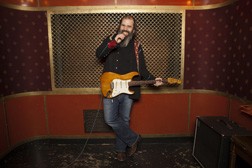 Earle is a performer of sharp intelligence, raw authenticity, and true grit. A protégé of legendary songwriters Townes Van Zandt and Guy Clark, he quickly became a master storyteller in his own right. His songs have been recorded by Johnny Cash, Willie Nelson, Emmylou Harris, Joan Baez, and countless others. His most recent album, The Low Highway, brims with the gut-punching lyricism that has characterized his career since it began in 1986.