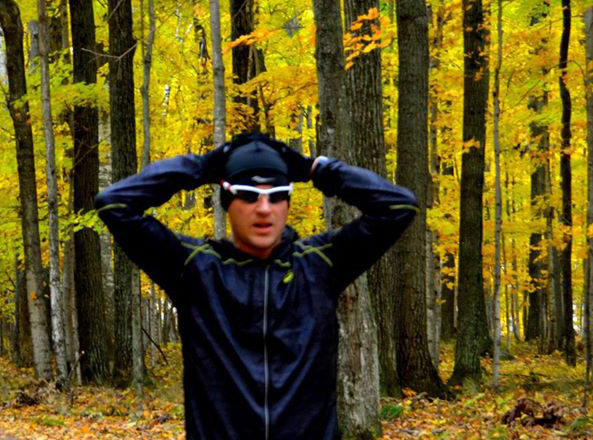 Chris Horvat, a 2001 graduate of UW-Stevens Point, was inducted into the school’s athletic Hall of Fame in 2010. He continues to enjoy his passion for running and hopes to pass that on to his athletes. Submitted.

Sevastopol High School’s Chris Horvat has been running for as long as he can remember. Following a successful high school and collegiate career, he has since served as the Pioneers’ head coach for both the school’s cross country and track and field teams. This year, Horvat will complete his seventh year as head coach.

Justin Skiba (JS): In addition to coaching, what other roles do you take on in the Sevastopol District?

Chris Horvat (CH): I work in the high school special education department and am also the AODA (Alcohol and Other Drug Abuse) Coordinator.

JS: Tell me about your childhood and how you became so actively involved in running.

CH: Well, I grew up an only child and was never really exposed to organized team sports. To this day, I don’t fully understand the game of basketball. But as kids whatever game my friends and I made up, we were always running. In middle school, I switched schools and my physical education teacher encouraged me to join cross country to make new friends and because I had won the “fitness mile.” As they say, the rest is history.

JS: You had the opportunity to compete at University of Wisconsin-Stevens Point (UWSP) in track & field. Can you tell me about that experience? 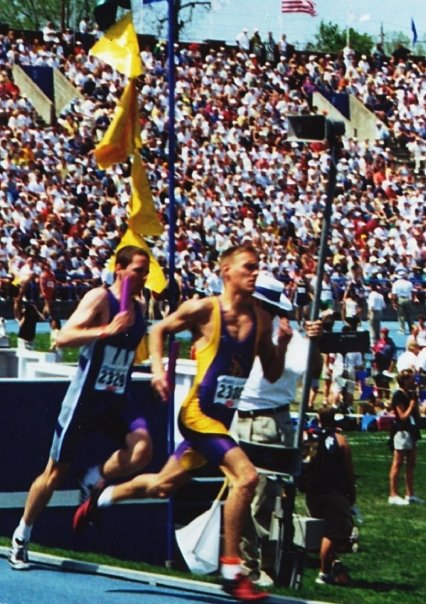 Chris Horvat was a NCAA national champion and six-time All-American for UW-Stevens Point. He currently serves as Sevastopol’s head coach for cross country and track and field. Submitted.

CH: UWSP has one of the best track and field coaches in the country in Rick Witt. The man just builds great distance runners. I went to practice every day knowing I was going to be pushed past what I thought I could do, but never past what I could actually do. As a result, I left practice with a great sense of accomplishment and self-confidence. When I was an incoming freshmen I barely made the travel squad. By the time I was a senior, I was an NCAA National Champion, a six-time All American, and held three collegiate records. You can’t argue with his methods.

JS: Do you currently hold any school records?

CH: I believe myself and three other teammates have managed to hold on to the sprint medley relay record at Point.

JS: What was your favorite event to compete in?

CH: I felt the most comfortable running the 800 meters.

JS: While at UWSP, you majored in criminal justice. After graduating, where did that take you in your career?

CH: After college, I attended the Police Recruit Academy at Waukesha County Technical College and then served as a police officer for the City of Brookfield.

JS: You have since been involved in the educational field. What do you enjoy about your current career?

CH: Teaching and coaching gives me the opportunity to mentor young people the same way I was and to share some of the same advice and experiences that helped me at that age.

JS: Individually, you run in the rain, snow, below-freezing temperatures, and the summer heat. What keeps you going?

CH: Contrary to what people may think, I don’t always enjoy running in all conditions. But I do enjoy racing and competing. The simple fact is, if I want to perform well, I need to train, regardless of the weather.

CH: 50 degrees and a light rain with no wind.

JS: What are your main goals for your athletes who compete in cross country and track and field?

CH: Obviously that they improve their performances throughout the seasons. I also encourage them to make running a lifestyle. Oftentimes I’ll get a call or text message from a former athlete telling me they signed up for a 5k or half marathon. Or they’ll want to get together for a run while they’re in town. Those are the things I’m most proud of.

JS: One of your senior runners, Cory Carlson, will be following your path as he prepares to compete at UWSP next year. What advice do you offer him?

CH: To continue to be disciplined and dedicated to the pursuit of his goals. Like I said, the system at UWSP works, and Cory is already light years ahead of where I was at his age, so I’m excited to see what kind of times he puts up during his college career.

JS: Lastly, give us one more obscure fact about yourself?

CH: The movie Jaws still inspires a little twang of fear in me when I go swimming in the ocean.