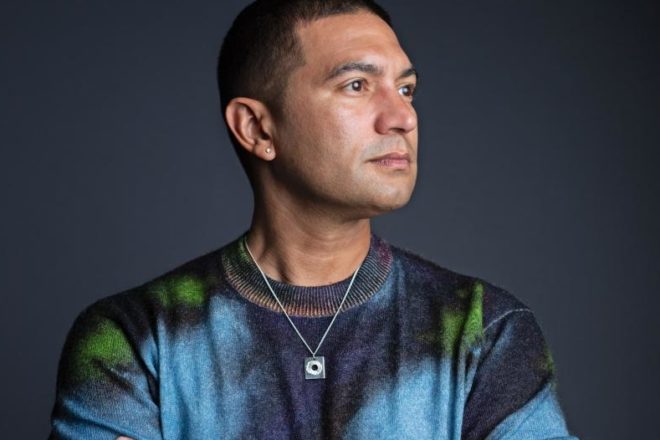 Adrian Matejka grew up in Indianapolis and is the author of seven books, with a graphic novel coming out in 2023. His poetry collection The Big Smoke earned the Anisfield-Wolf Book Award and was a finalist for the National Book Award and Pulitzer Prize in poetry.

Among Matejka’s other honors are fellowships from the Academy of American Poets, the Guggenheim Foundation, the Lannan Foundation, the National Endowment for the Arts and the Rockefeller Foundation, as well as a Simon Fellowship from United States Artists. He is the Ruth Lilly Professor of Poetry at Indiana University-Bloomington and was Indiana’s poet laureate in 2018-19.

Matejka was named the editor of Poetry Magazine in 2022, making him the first Black editor in the magazine’s 110-year history.

Matejka chatted with me from his Chicago office about poetry, how music inspires him and the future of Poetry Magazine.

The following is an excerpt from a Door County Pulse Podcast that has been edited and condensed for clarity. Listen to the full podcast here>>

Grace Johnson (GJ): Starting off, we have a big question. Tell me about yourself. Who is Adrian?

Adrian Matejka (AM): I think to write poetry and to try to build out a worldview that centers this art requires a little bit more self-reflection than it would if I were still being a DJ or still working at a bookstore. I spend a little more time being introspective than I might have if I had an outward-facing job.

GJ: You were born in Germany and moved around a lot before landing in Indiana. What was that like?

AM: My dad was in the military. I was speaking with someone about this the other day – we lived in something like 30 places in four years. Even to this day, I think about things in terms of how many things I can keep if I move. Because that is what I did as a kid – take as much as you can fit in this box to the next place.

GJ: Had you ever considered a life in the arts when you were growing up?

AM: When I was younger, I had no interest at all in poetry, and hadn’t read any of it, really, until I was in college. I did try to be a rapper, and I was really bad at it, and I was in a band and wrote lyrics for the band.

When I came to poetry, I thought poetry was supposed to look like song lyrics. Sometimes they can, but song lyrics aren’t the same as poetry. I was coming into it completely wrong.

It wasn’t until I started to see poets practicing the art and thinking about language as something that exists in the world on its own – I mean, that’s the big distinction.

GJ: You had mentioned that you wanted to transform Poetry Magazine. What does that look like for you?

GJ: For the people who are going to be entering the Hal Prize, what are you looking for in a submission?

AM: All I’m interested in is poems that are well written and have a pronounced point of view and have something to say. I don’t want people to write poems like I write, but poems like they write. So it’s all about perspective and something that is well crafted. Doesn’t matter what it’s about, what style it’s in – all that matters is that it’s been done with care.