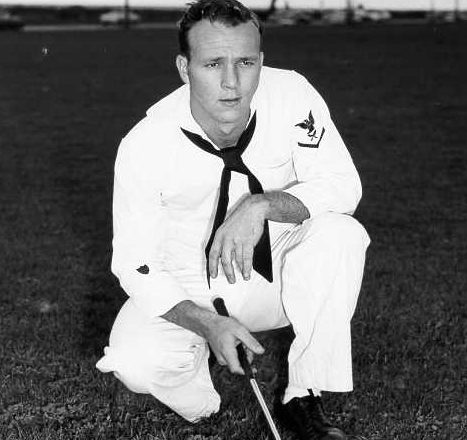 It’s old news by now, but that doesn’t make it any less relevant in the golf world: Arnold Palmer is no longer with us.

The legendary golfer, businessman and sporting icon passed away almost two weeks ago in Pittsburgh, and the public quickly felt a void. His passing graced every news outlet, from television to radio to printed magazines and newspapers, not to mention the internet. It was quick, impactful and lasting, at least much more than other deaths last in the age of disappearing attention spans.

While Palmer is truly no longer with us physically, we’d be shamed to think he really is gone. The things he did will be remembered so strongly and for so long, it will almost be like he never left. At least that’s what I hope.

Palmer in his waning years was unable to be his normal, visible, smiling self as much in public. His cheeks got saggier, his body weaker and his golf swing more hazardous than helpful. As we learn with every passing of life, the memories come from the beginning and middle, not so much the end.

The end of Arnie, though, will not be his death or the final years even, but the remembrance. Common folk, celebrities, world leaders, etc. all paid their respects, in one fashion or another. They felt the need to, as Palmer meant something to them much more than other people that stood in similar shoes. As it would be surely humbling for him, the sheer number of folks touched by Palmer’s death should offer layers of humility to us all.

His reach is undeniable, that’s certain. So great it’s hard to contextualize. We sat there the next day, and again later that week, and again the following weekend, debating the merits of his life. Sometimes against celebrities, other times against icons in the sporting world.

Each time I learned something new. Like that Palmer was the brains behind the Golf Channel, that he was a pilot and flew himself to events, that he helped bring golf to China. To size up his career against anyone else quickly felt like an injustice of a man who affected the world on a foreign level.

As the news broke that Sunday evening, texts flew into my phone. Pictures dominated social media. My mind went numb, just as I sat down for dinner. It was one of those moments that, even though it was expected and only a matter of time, the pit in the golf world felt immediate.

That morning, I had played a new course for the first time. It was a bit random, just grabbing a round of golf where I could get one. It was a difficult round. I struggled that day, but thoroughly enjoyed the challenge. Leaves fell off the southeastern Wisconsin oak trees all morning, littering the course with the color spectrum of fall. The wind was energetic, the sun peaked in the sky, and my score quickly didn’t matter.