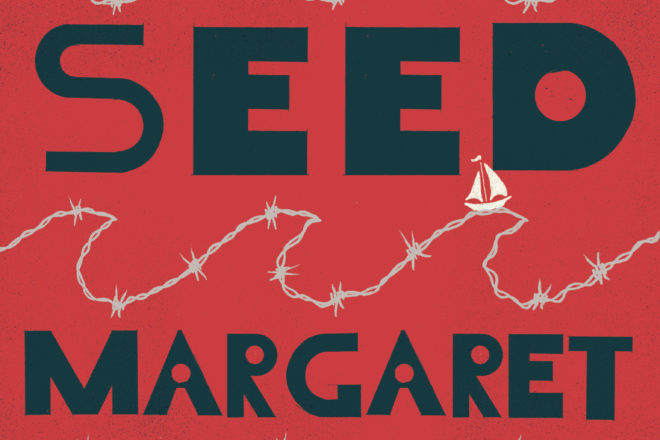 Margaret Atwood, Canadian author of more than 40 books of fiction, has just brought out her latest novel, Hag-Seed, the title taken from one of the disparaging epithets slung at the monstrous Caliban in Shakespeare’s The Tempest. However, the much-maligned character fares better in Atwood’s fictional treatment of the play.

Felix Phillips, Atwood’s protagonist, has been the artistic director of Canada’s Makeshiweg Theatre Festival, directing controversial avant-garde productions of Shakespeare’s plays. But he falls victim to the schemes of his assistant Tony Price, who with the help of self-aggrandizing cohorts, manages to unseat him as director just as he is beginning work on his next show, The Tempest, sending the director into a psychic tailspin, as he was already emotionally fragile having endured the deaths of both his wife and three-year-old daughter.

For years Phillips lives as a hermit in a shack until he learns of an opening for an instructor in the Literacy Through Literature program at the Fletcher County Correctional Institute. He applies for the position and is hired. As a part of the curriculum, each term he requires his inmate students not only to study one of Shakespeare’s plays but to stage it as actors in the Fletcher Correctional Players troupe.

After years of success with the program, he decides to present The Tempest, the show that he had hoped to stage for the Festival before he was deposed. At the students’ performance, his nemeses are invited.

Phillips’ imaginative and at times unsettling prison production serves two primary functions, one of which is his revenge, a motif that echoes the plan of Prospero; coincidentally, Phillips not only teaches and directs the play but he assumes the role of that central character. And like Hamlet, he uses a play within a play to expose and punish the villains. But more importantly, at the same time the project allows him to find redemption, to regain the love and meaning in his life that he has lost both with his family and career.

While occasionally the action in the play may appear a bit contrived in order to create suspense and drama, nonetheless the story line is intriguing and its development for the most part satisfying. The plot, however, is not literally a remake of Shakespeare’s Tempest, but rather an inter-relating of two stories. Although a familiarity with The Tempest is not essential to enjoy the book, a general awareness of the plot does enhance the reader’s appreciation of the novel.

But the story is more than an adventure. While Atwood is not overtly making a plea for prison reform, she does raise the social consciousness of her readers regarding crime and punishment. The treatment of the play is thought provoking, as Phillips points out nine metaphorical prisons within The Tempest.

Margaret Atwood’s novel is a quick read, one that will not disappoint her many fans. And for those of us looking for hope and the triumph of justice in troubling times, Hag-Seed is just what the playwright might order.