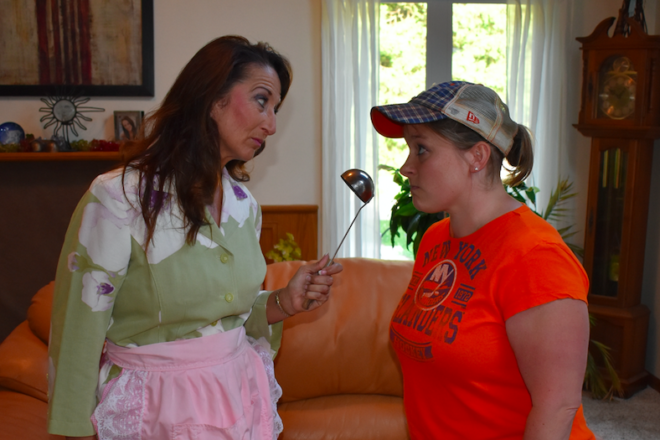 Neil Simon’s hugely successful play The Odd Couple – the comic story of mismatched, middle-aged roommates – is a ’60s and ’70s staple of stage and screen.

In 1985, Simon updated it with a gender-bending twist: Women now play the lead roles of Olive Madison and Florence Unger, who love to play Trivial Pursuit with their girlfriends every week. During their weekly game night, Florence arrives after being left by her husband. Afraid that neurotic Florence might attempt suicide, Olive invites her to move in. Aside from their vastly different housekeeping habits, they’re good friends who care for each other. When Olive organizes a double date with the Costazuela brothers, however, their differences cause sparks to fly.

The Rogue Theater production runs Aug. 22 to Sept. 1 on Thursdays, Fridays and Saturdays at 7:30 pm, and Sundays at 2 pm, at the Baileys Harbor Town Hall. Tickets are $15 per adult and $10 per student.

During this production, Rogue Theater is honoring loyal patron Judy Porter, who died in December, by donating $5 of every $15 ticket sold to the UW-Madison School of Nursing Scholarship Fund in memory of Judy Porter.