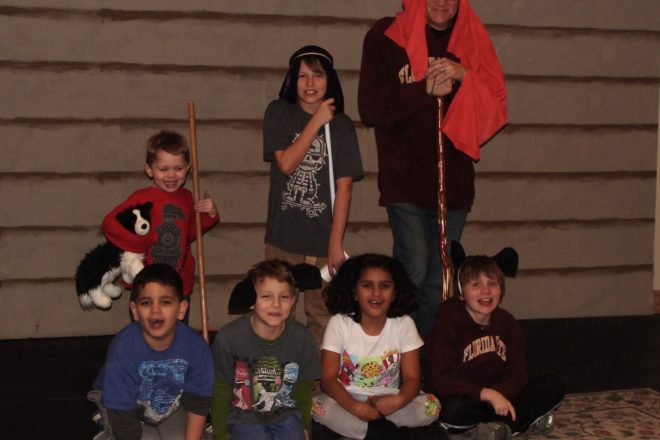 Rogue Theater will celebrate its fourth Christmas with an outstanding holiday production by Kim Saunders, The Evening News Hour. In this production, the Channel 7 Evening News Hour reports on the birth of the new Savior with several field reporters interviewing all the characters to set up the crèche scene. There are also humorous commercial breaks throughout the script and a host of well-known Christmas carols.

The show, directed by Lola DeVillers, will run Dec. 9-11. Friday and Saturday performances begin at 7 pm, and at 1 pm on Sunday. All performances held at the Prince of Peace Lutheran Church, 1756 Michigan Street, Sturgeon Bay. Suggested donation at the door is $10 for adults, $5 for students. For more information call 920.818.0816.

During this holiday production, Rogue Theater is donating food items for local families in need. Audience members are encouraged to bring dry or canned food items to help double the donation. All food collected will be donated to Lakeshore CAP of Door County.