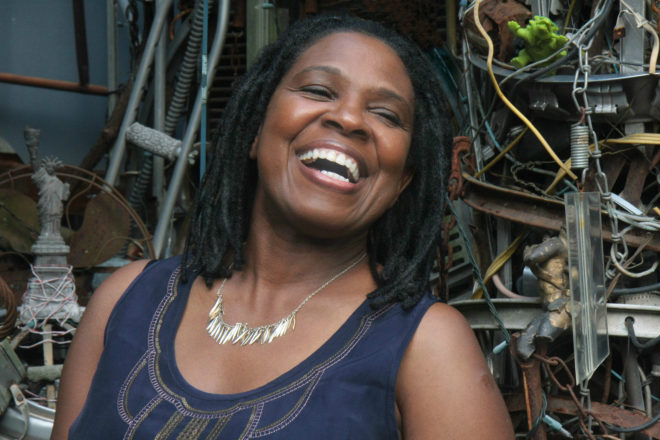 Ruthie Foster and her band are back this summer by popular demand to perform at the Peg Egan Performing Art Center’s Sunset Concert Series on June 24 at 7 pm.

The small rural town of Gause, Texas had no chance of keeping the vocal powerhouse known as Ruthie Foster to itself. The worship services at her community church and influences like Mavis Staples and Aretha Franklin created the foundation of her vocal capabilities, which developed into her own sound, which is unable to be contained within a single genre. That uniqueness echoes a common theme in Foster’s life and career – marching to the beat of her own drum.

This concert series takes place at the Peg Egan PAC on Church Street in Egg Harbor, and is free to the public.

The Peg Egan Center is an outdoor amphitheater focusing on bringing Door County and its visitors some of the best folk, blues, alternative, jazz, and world music from national touring artists. In case of rain, all concerts are held at the Calvary Methodist Church, 4650 Cty E in Egg Harbor. For more information call 920.493.5979.