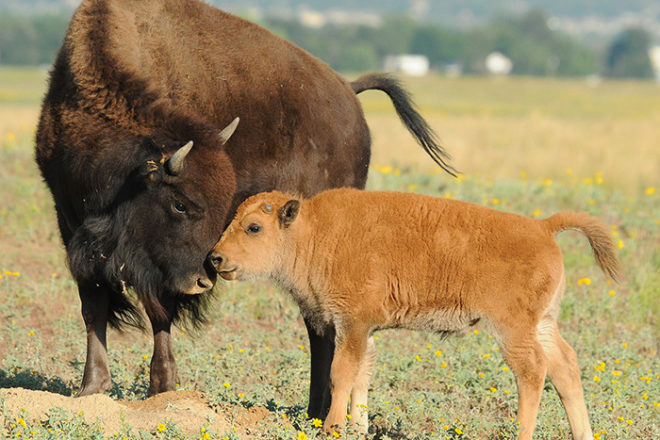 by the U.S. Department of the Interior

On May 9, 2016, President Obama signed the National Bison Legacy Act into law, officially making the American bison the national mammal of the United States. This majestic animal joins the ranks of the Bald Eagle as the official symbol of our country – and much like the eagle, it’s one of the greatest conservation success stories of all time.

In prehistoric times, millions of bison roamed North America – from the forests of Alaska and the grasslands of Mexico to Nevada’s Great Basin and the eastern Appalachian Mountains. But by the late 1800s, there were only a few hundred bison left in the United States after European settlers pushed west, reducing the animal’s habitat and hunting the bison to near extinction. Had it not been for a few private individuals working with tribes, states and the Interior Department, the bison would be extinct today.