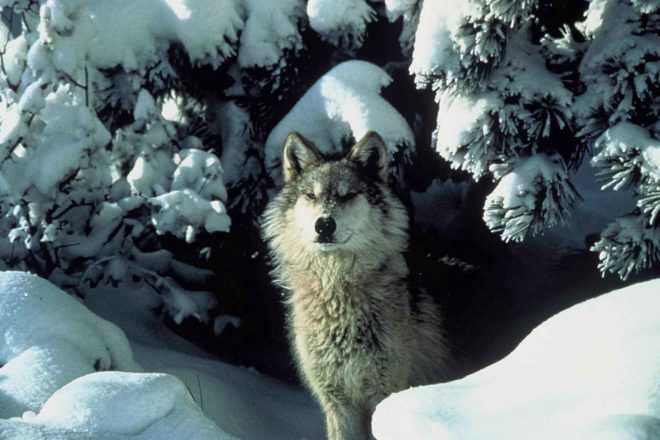 Can having a legal gun season to hunt wolves help keep their populations under control and help prevent poaching? The short answer seems to be no, according to a recent study of wolf populations in Michigan and Wisconsin. In both states researchers found that wolf populations declined before the publicized announcement of a period of legal hunting, and also declined after the season was over. This suggests that the mere announcement of a season for legally hunting wolves spurs some hunters to poach the animals even before the season opens. (Chapron & Treves, 2016, Proc. Royal Soc. London Ser. B, May 11 issue; Science, 2016, May 27 issue)