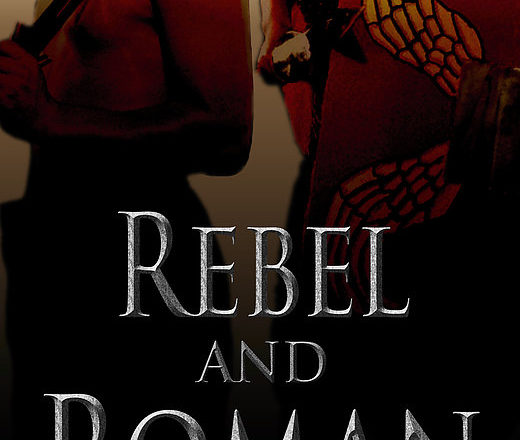 Southern Door senior Austin Claflin is bringing his love of ancient history and the Greco-Roman era to the modern world with his debut novel, Rebel and Roman.

Finished his freshman year and released in October, Rebel and Roman takes place during the Gallic War of 52 BC, at the end of Julius Caesar’s campaign of conquest. At the start of the book, the Roman legions have spent nearly a decade conquering the province of Gaul. But when a former Roman auxiliary commander unites the Gauls in a revolt against Roman forces, soldiers are forced to choose sides. In Claflin’s twist on the historical events, two Gaul brothers serving in the Roman army split apart – one fighting for family and the freedom of his native homeland, and the other showing his loyalty to Rome and the army he has become part of.

By presenting emotionally charged fiction overlaying historically accurate events, Claflin hopes to introduce readers to the human elements of an era that was more than “just guys with swords running around killing each other.” 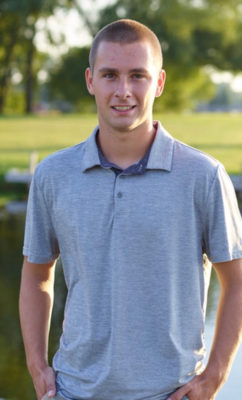 “One of the brothers is a Gallic rebel and his whole reason he’s fighting is for his family,” Claflin said. “He falls in love with a woman… so he’s fighting for her and he’s fighting for the freedom of his homeland which really is the same reason I think people go to war today. His brother on the other hand, it really comes down to his loyalty to Rome because he feels like he belongs in Rome’s army. He’s not just out there to shed blood for the sport of killing, he’s out there because he feels like a team involved with these other soldiers.”

Claflin describes the story as “a combination of Braveheart and Ben-Hur thrown into the time period of Gladiator.” Though identified as historical fiction, the main events and way of life within Rebel and Roman are factual. It was knowledge Claflin has gained over the past decade, immersing himself into available historical fiction texts written by authors like Simon Scarrow, Christian Cameron and Ben Kane, which helped him learn about important people and events, followed by history textbooks and primary sources for historical details.

“There’s a ton of research and I think especially with an era like this, it’s extremely difficult and people don’t always realize you have to know everything about their way of life. It’s not just the food they eat, the clothes they wear – you have to go into what they did for entertainment…to how they talked,” Claflin said. “One of the things about my book that I have to tell people is that there is a lot of crude language in it but I feel obliged to include that because we have archaeological evidence that they talked this way.”

Beyond studying historical facts, Claflin further enhanced his knowledge of soldiers’ everyday challenges by recreating the armor and weapons used during the Greco-Roman era, including catapults, swords and helmets, some of which appear on the book’s cover, also designed by Claflin.

With the publication of his first book accomplished, Claflin has his sights set on doing the same with the other four he wrote: a trilogy that follows a Macedonian soldier fighting in Alexander the Great’s conquest campaigns, and a standalone novel on the persecution of Christians in the Roman Empire under the rule of Emperor Diocletian.

As he prepares for his spring graduation and future pre-seminary studies at Martin Luther College, Claflin also hopes to continue his research into ancient history and the important role of sharing that history with the masses.

“As we say the phrase all the time, history repeats itself and if we don’t study what happened in the past, we have no way to prepare for our future,” Claflin said. “…I don’t think the ancient world is as foreign sometimes as we make it out to be and it’s very relatable. I would encourage people to give it a try and then hopefully move onto other historical fiction. Not necessarily my books. There is so much out there that deserves to be read and so much history that deserves to be studied and it’s kind of neglected. I hope my book can do my part in sparking interest in it.”

Rebel and Roman is available on Amazon and in the Southern Door High School office. For more on Claflin’s work, visit AspisBooks.com.