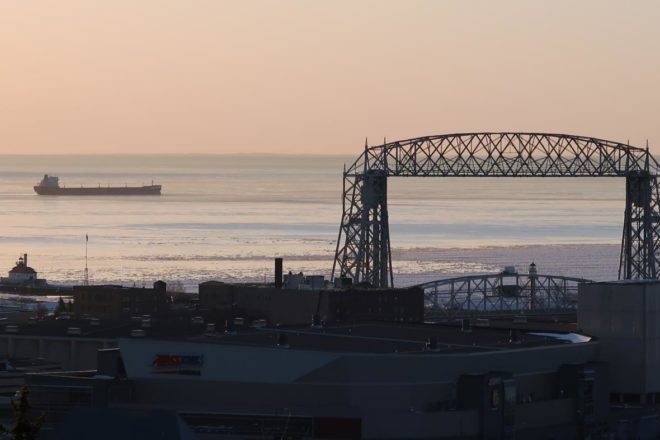 Construction of a new lock is expected to prevent any shutdown of the shipping season if the aging Poe Lock were to fail. Photo by Danielle Kaeding/WPR.

A report released last week by a United Nations panel on climate change says steps must be taken soon to avoid more severe heat, drought and flooding as temperatures around the globe rise. Local governments in Wisconsin are looking at ways to address and adapt to climate change as President Donald Trump has backed away from pledges to reduce greenhouse gas emissions.

In the report, researchers say carbon dioxide emissions need to be cut almost in half from 2010 levels in the next 12 years to limit the worst effects of climate change and environmental damage.

Milwaukee Mayor Tom Barrett said his city is already trying to cut back on fossil fuels by transitioning to renewable energy.

“This year, we are moving forward with a plan to install one megawatt of solar on city buildings and that’s about 3,600 solar panels. That’s real,” he said. “That’s happening and that’s going to have an impact.”

A working group with the Dane County Office of Energy and Climate Change is recommending the county meet one-third of its electric energy needs through solar power, according to director Keith Reopelle.

“That basically means if we were to meet a third of all of our electric energy usage in Dane County through solar, we’d have to develop 1,200 megawatts of solar arrays – solar panels across the county,” he said.

One megawatt is equal to 1 million watts of power. The average electricity consumption for a homeowner is around 900 kilowatt hours per month, according to most recent data from the Energy Information Administration.

Organic Valley plans to purchase around 12 megawatts of power through the partnership in order to become powered solely by renewable sources.

Jonathan Reinbold, head of sustainability for Organic Valley, said the addition of natural soap brand Dr. Bronner’s and the city of Madison to the partnership helped expand the project to a total of 31 megawatts.

“Overall, the state will see a 33 percent increase in solar. So it’s really massive growth for one project, especially for a project that’s distributed in mainly different rural communities,” Reinbold said.

OneEnergy Renewables will build 10 solar arrays, with seven in Wisconsin, two in Minnesota and one in Iowa. Thirteen communities have agreed to buy the power from the new arrays, while Organic Valley, Dr. Bronner’s and the city of Madison have purchased the credits for that renewable energy.

OneEnergy Renewables hopes to break ground on the new arrays next month and all of the arrays will be in place by June 2019.

La Crosse county officials are considering how to respond to growing concerns over nitrate contamination in private wells. Last spring, the La Crosse County Health Department warned 2,000 households that their private wells might be contaminated with high levels of nitrates.

“We tested 540 wells during that time just from this particular area, the Town of Holland and the Town of Onalaska, and 30 percent of those tested at levels about the recommended levels of nitrates,” said Carol Drury, environmental health and laboratory manager at the health department.

Drury said the county has between 7,000 and 9,000 private wells. The health department focused on those closest to the county’s only confined animal feeding operation (CAFO) after a 2016 audit of the state Department of Natural Resources found issues with regulation on the farm.

“The national average across the U.S. is between 4 and 5 percent. In Kewaunee County, on a countywide basis, the number of private wells that exceed the 10 parts per million limit was 7 percent,” Borchardt said. 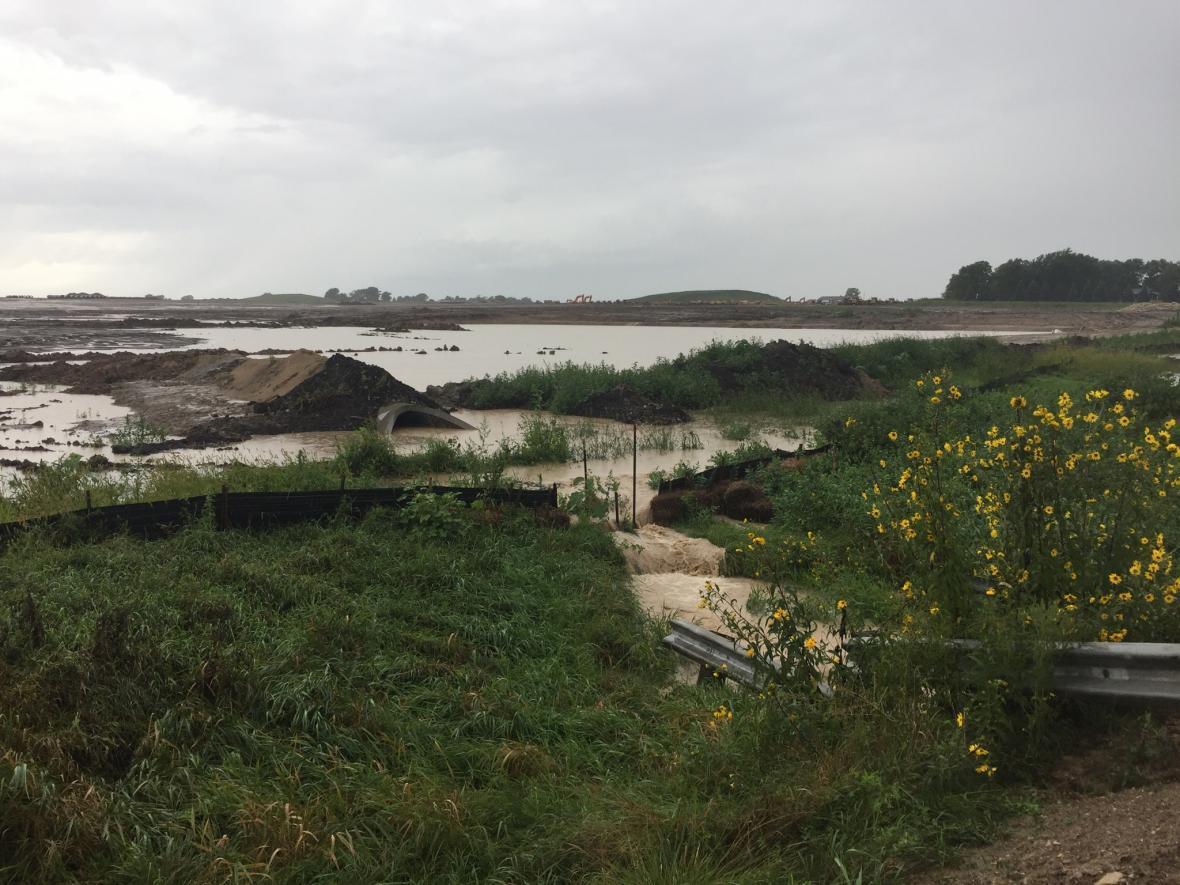 Runoff at the Foxconn site during Labor Day Weekend. Photo by Kelly Gallaher and courtesy of A Better Mount Pleasant.

The Wisconsin Department of Natural Resources has fined a Foxconn subsidiary almost $1,200 for failing to comply with its erosion control plan in the Village of Mount Pleasant, which led to runoff in the area Labor Day weekend.

When heavy rain hit the construction area the holiday weekend, an advocacy group that pushes for transparency in government, A Better Mount Pleasant, posted a video on Facebook that showed runoff from the site spilling into Lamparek Creek, which leads to the nearby Pike River.

A notice of noncompliance from the DNR issued Friday against FEWI Development Corp. said the company was supposed to build a drainage basin before stripping the area’s topsoil or grading the site, instead only 30 percent of the basin was finished when said work began.

A DNR inspection made at the request of the village found the entire area had been disturbed and contributed to the discharge.

The DNR’s notice of noncompliance states Foxconn has addressed the issue but part of the changes being made to improve erosion control include the DNR’s presence at weekly site meetings that will evaluate the company’s erosion plan.