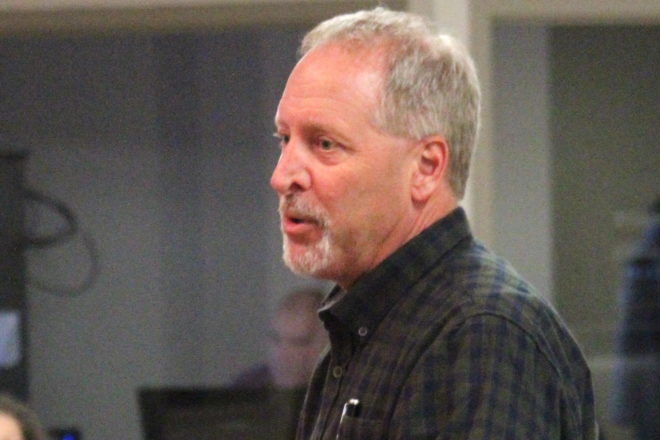 Sturgeon Bay’s Common Council agreed Tuesday to establish a development agreement with Fleet Farm to build a new store along the west entrance to the city, but the details of that agreement have yet to be finalized.

Fleet Farm wants to construct a 91,000-square-foot retail store with an automotive service center, exterior yard, gas station and two-bay car wash on an approximately 40-acre site annexed from the Town of Nasewaupee, south of where Grant Avenue connects with Highway 42/57.

The city’s Finance/Purchasing and Building Committee, which last month directed city staff to negotiate a development agreement with Fleet Farm in response to the company’s request for financial assistance to build the project, recommended last week that the agreement include the following three conditions:

However, when a motion to include those conditions came up for a vote Tuesday, the council voted 4-3 in favor of an amendment offered by District 4 alder Spencer Gustafson to remove the three criteria from the motion.

“The motion on the table now is to recommend to the [common] council to establish a developmental agreement with Fleet Farm that accomplishes nothing,” said District 3 alder and council president Dan Williams, who chaired the meeting in the absence of Mayor David Ward.

Nasewaupee resident Dave Allen, who owns property in Sturgeon Bay and spoke during the public-comment period in opposition to the city subsidizing Fleet Farm, called removing the three parameters from the council’s motion “a step forward.”

“They need time to look at everything comprehensively,” he said.

Gustafson questioned the city helping to share in the cost of a frontage road that would benefit the project when other roads in the city are in need of repair.

“I just hate seeing us put money toward a road in an area that, yes, benefits our community, but doesn’t benefit some of the neighborhoods that are struggling with just terrible road conditions,” he said. “If the intersection [for Grant Avenue and Highway 42/57] was on tonight’s agenda, I’d feel better about us helping with that because it’s going to greatly impact our housing in that area, and it will impact a greater scope.”

Jeff Peterson of CR Structures Group, which represents Fleet Farm on the development planned across from the Salty Seagull miniature-golf course along Highway 42/57, said it’s possible that traffic lights would be needed at the intersection. He requested further discussion with the city about helping to share in the cost of traffic lights and offsite road improvements.

Peterson said the Wisconsin Department of Transportation and an engineer representing Fleet Farm are analyzing the need for traffic lights through a traffic study that’s being done of the area.

Gustafson suggested the council postpone its vote on the development agreement until details on the intersection are “ironed out.”

“I would like to see the intersection added in the entire scope,” he said.

In addition, Fleet Farm claimed that a frontage road the company wants to construct along the highway to the west would be important for the city’s future growth as well as the store’s development. For that reason, the company also requested a 50/50 split on that cost. In a letter Peterson sent to the committee earlier this month, he listed an estimate of the work for a frontage road with a storm-sewer system at $389,000 and asked the city to pay half the cost.

Fleet Farm’s request for financial assistance from the city could total more than $408,170 – the combined amount for the right-of-way purchase and half of the estimated frontage-road expenses – if the city also agrees to pay a share of the expenses for traffic lights and offsite road improvements.