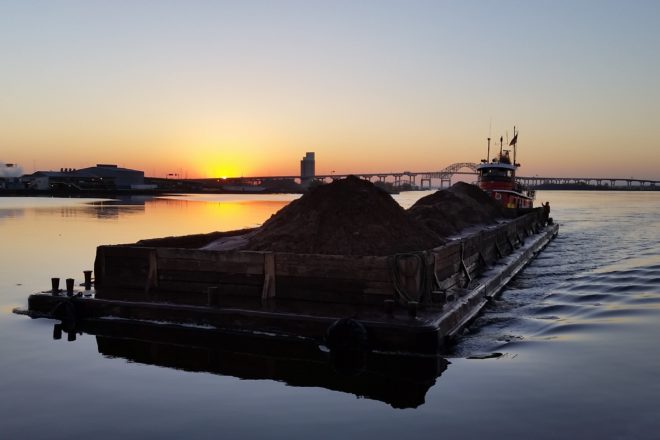 Roen Salvage Co. of Sturgeon Bay will have moved more than one million yards of dredged material from the Duluth-Superior Harbor when it comes to the end of this year’s dredging season – which marks the sixth consecutive year Roen has won the contract from the U.S. Army Corps of Engineers to do maintenance dredging on the farthest inland seaport on the Great Lakes.

“It’s a new contract every year that we have to bid on, but we’ve been getting the contract every year since 2012,” said Roen Project Engineer Barry Kuzay. “It’s an important job. Duluth is almost our second home after Sturgeon Bay. We’ve had a presence there for quite awhile now. Everybody’s getting to know us.”

Kuzay mentions that while Sturgeon Bay’s Fourth of July fireworks are shot off from a Roen barge, the company also provided a barge this year for fireworks in its second home.

“So we had two fireworks displays going on simultaneously,” he said.

This year’s dredging contract was for $1,933,500. The firm will dredge approximately 150,000 cubic yards of material from the harbor and deposit the dredged material at the 40th Avenue West placement site, a shallow cove on the Duluth side of the harbor. The dredging will begin in August and will be complete by mid-November. 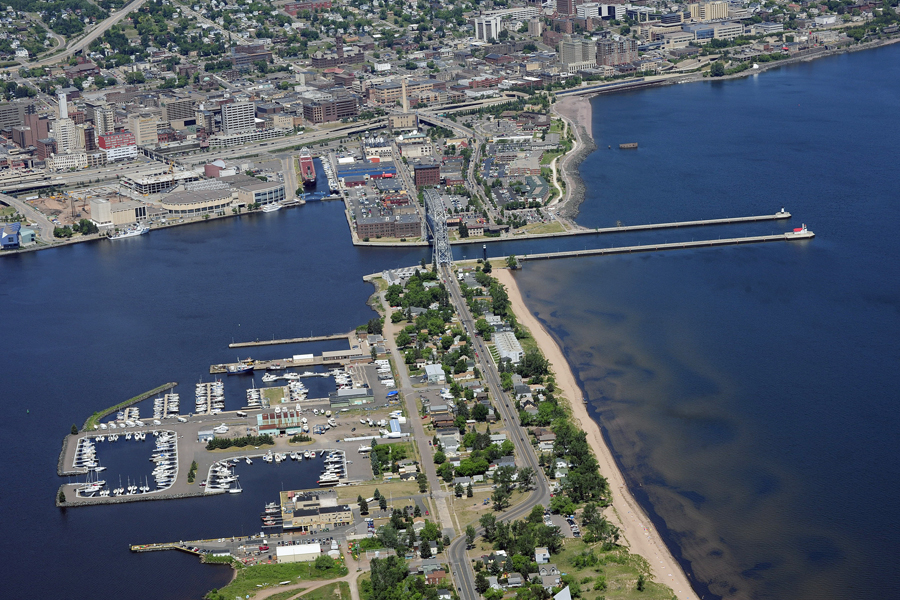 “We are pleased to award this contract that will keep Duluth-Superior Harbor open to commercial shipping traffic and provide dredged material for beneficial use in the restoration of 40th Avenue West,” said Lt. Col. Dennis Sugrue, district engineer. “Duluth-Superior Harbor provides for low-cost waterborne transportation of commodities such as iron ore, coal and limestone which translates directly into more competitive American steel, lower cost energy and lower cost concrete for construction in our cities and on our highways.”

In the past dredged materials would be delivered to what is known as a containment area, which in the Twin Ports is known as Erie Pier. That material – sand, essentially – would then be used as fill on road or other construction projects, such as fill to move a landing strip at an airport on a sandy peninsula that juts into the lake from Duluth.

Kuzay said since 2013 the Roen crew has had the opportunity to take part in several environmental projects that use the dredged sand to rehabilitate areas in the waterway.

“In 2013 we began doing a pilot project of building what they call underwater habitats. It was a three-year project,” he said, essentially using the dredged material to create submerged islands of sand that are valuable nesting habitat for water birds, including the threatened common tern.

“Environmental agencies want to see these habitats restored. They consider it a big success,” Kuzay said.

He said weather is the biggest challenge working in the Duluth-Superior harbor.

“The weather’s alway a challenge up there. We always hope there’s not an early winter,” Kuzay said. “Usually anything you can do in November is s a gift. We can work in freezing weather, but it gets dangerous. You don’t want to walk around on icy decks.”

Kuzay said the crew that works there every summer is split between people who live in Door County and come home when the season ends, and some who live year round in the Duluth-Superior area. Kuzay said he goes up every year to assist with projects, which he doesn’t mind since he has family there.

“I always love going to Duluth,” he said. “It’s a really cool place.”