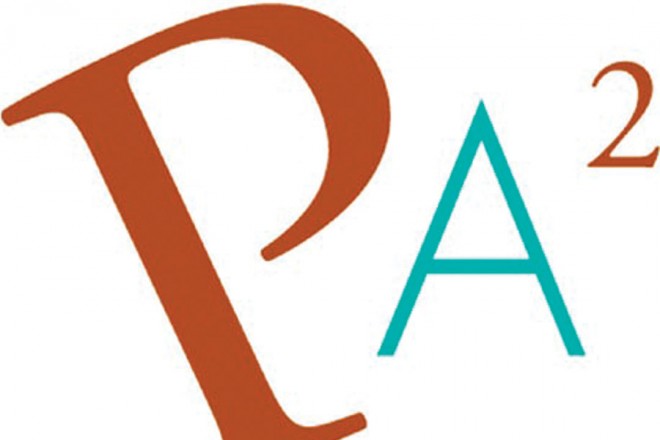 Many a Door County artist’s career has taken flight after receiving a Peninsula Arts Association (PAA) ArtFUND grant. According to recipients, the down-to-earth planning and rigorous preparation required for a successful application free artists to pursue their vision untethered by financial worry and practical concerns.

Andrea Kinsey-Jauquet, of Fish Creek, was awarded a grant in 2006 to help defray costs associated with her collection of paintings depicting the Fish Creek of her childhood in the 1950s and 1960s. Concerned about land usage in her hometown, Kinsey-Jauquet was encouraged, with the support of the PAA, to communicate her feelings through her nostalgic large-scale acrylics and oils.

“Writing the grant was a lot of work, but it was one of the best things that’s ever happened to me,” Kinsey-Jauquet says. “You’re forced to sift through the core of what you’re doing and who you are. With all the nitty-gritty planned and decided, I was able to hone in on the direction I set for myself with a clear focus.”

As a two-time recipient of a PAA grant for her multi-media works, and the organization’s current grant administrator, Jodi Brey of Algoma, describes the process as being “truly life-changing.”

“A grant provided seed money for a new direction at a critical time in my life – it was pivotal to my art career,” she says. “Here is an organization saying we believe in you and what you believe in as an artist.”

The PAA has distributed funds and other valued bequests to both individual artists and arts organizations in Door County since 1937, the year the PAA was designated a non-profit organization. It was then that a group of primarily Ephraim summer residents, who were connected to the arts in Chicago, dreamed of fostering the arts here. Included in that group were John Matter, PAA’s first president, and Frederick Stock, director of the Chicago Symphony Orchestra and a later president of the PAA.

One of the most notable donations to the organization was that of Door County arts icon Madeline Tripp Tourtelot. Tourtelot gifted her home, studio and grounds (located on County Highway F in Fish Creek) with the understanding an art school would remain on the site. With the help of Paul Guenzel and his wife Betsy the Peninsula School of Art, which had been established in 1965, was reorganized in 1980. It was then that the PAA turned the parcel over to what is now referred to as Peninsula Art School.

The PAA awards grants twice a year in January and in June. The organization is one of only three in the state to offer funds to individuals. In 1994, the PAA partnered with the Wisconsin Arts Board (WAB) to implement the ArtFUND matching funds program. In the past two years, the PAA has granted $37,000 to nine individuals and 14 organizations.

According to Alicia Mulliken, a board member since 1990, the PAA’s contribution rests on the generosity of business and individual memberships and “several faithful foundations supported by locals.”

Annually, one of the grant recipients is honored further with the Fred Alley Visionary Award. Fred Alley – an actor, singer and lyricist – co-founded American Folklore Theatre with Doc Heide and contributed to many local artistic endeavors prior to his death in 2001. According to Mulliken, the cash value of the award varies with the level of donations each year, but the primary purpose of the award is to celebrate the spirit of a project and its merit in the Door County community. “Fred Alley had been with the organization early in the process; we felt it’s a fitting tribute,” she says.

The Trueblood Performing Arts Center (TPAC) on Washington Island was named the most recent Fred Alley Visionary Award recipient at the PAA’s annual meeting in January of this year. In collaboration with the Washington Island Public Schools, TPAC brought the Minneapolis-based Climb Theater Company to the island to address healthy behavioral choices for students in grades K-12. On a single day, Climb actors led students, parents and other members of the community through plays and drama classes that blended improvisation, role playing, scripted performance and discussions.

The PAA works simply. There is no storefront and Brey is the only paid professional. Mulliken, whose mother Kay Wilson was the first intern for the organization and later a board member herself, feels the grassroots approach is more beneficial to the Door County arts community. “The PAA has remained true to itself,” Mulliken says. “It has a simple mission to support the arts and to address the need in Door County.”

In recent years, the WAB has relied on local communities to allocate their regranting funds to individual artists. With PAA’s hands-on, personal approach, they were able to balance the change in the focus of the WAB for Door County artists.

Brey says that the primary goal of the PAA is to support “artists and fledgling organizations who are reaching for the next level.” She encourages anyone or any group who is “passionate, with an ongoing commitment to their art and the arts community” to apply.

A component of the project must involve working with community members to culminate in a community event – an exhibit or performance, for example. The applicant must also partner with a qualified non-profit Door County organization to act as their fiscal sponsor for distribution of the funds.

For a new applicant, the process begins with a phone call to Brey and a statement of intent to apply. This is followed by an appointment via telephone to discuss the project at more length. Then a résumé is submitted, the application is developed and the prospective grant undergoes a technical review. Grants are awarded the day of a public meeting where each applicant provides a brief presentation to a panel of board members.

“Much of our board is made up of previous grantees who hold new applicants to the same high levels they were held to,” Brey says. “Our technical review is rigorous and we’re proud of that. Even if an applicant doesn’t get the money, they walk away winning – we offer skill sets to people they can take elsewhere.”

As grant administrator, Brey avails herself to applicants both one-on-one and in a group workshop setting. Scheduled according to public interest, Brey normally holds a set of workshops for each of three regions in Door County for every grant cycle. She estimates that she spends between eight and ten hours per new applicant, guiding them through the requirements of the application which includes defining the project and its audience, budgeting, a timeline, advertising and naming others who will be involved with the project.

A previous PAA grantee, filmmaker Laura Stewart, is now on the PAA Board. Stewart was awarded an ArtFUND grant in 2004 to produce her video documentary “American Carnival.” This video centered on the people of Earl’s Rides, a Wisconsin carnival still in operation, that had passed through Jacksonport when Stewart was a child. She also received a grant in 2006 to complete her super 8mm movie, “Silver Screen Spectra,” a documentary about old movie houses. Stewart sees only an upside to the PAA’s no-nonsense approach to preparing applicants. “I’ve researched other grants,” she says. “Organizations aren’t funding individual artists like they used to. With only so much money available, you need to know how much you can get by with to make a project work.”

Photographer Suzanne Rose of Kolberg was the last individual to receive a fellowship and residency through the National Foundation for the Advancement of the Arts (NFAA). Although recognized nationally for her photographs, four of which are in the prestigious Washington, D.C. Corcoran Gallery permanent collection, Rose says the three-year fellowship in Florida left her feeling disconnected from the Door County art community. “After being on residency so long, so far from home, I craved being plugged in locally,” she says.

Her 2000 project, “In Walking Distance,” includes 120 photographs of the people and places of Kolberg (population 23) as well as those within a five-mile radius of the town. The scope of the project resonated with the PAA and Rose was awarded the first Fred Alley Visionary Award. She also accomplished her main personal goal. “It gave me reason to get out, on foot, knock on doors and meet my neighbors,” she says. “The PAA introduced me to a broad cross-section of the art scene in Door County and in Wisconsin. Through the meetings, I was able to connect with artists and individuals I wouldn’t normally meet. My award from PAA was a domino effect of good fortune.”

Rose says the validation that came with “In Walking Distance” created a desire to move from 35mm to medium format work. She applied and received an ArtFUND grant in 2006 for her “Close to Home” project, which enabled her to expand her technical skills behind the camera and in the darkroom.

Like Rose and Stewart, potter Chad Luberger of Egg Harbor applied for an ArtFUND grant to expand his professional skills. The grant enabled Luberger to attend an eight-week intensive study in porcelain with Cynthia Bringle, an artist known internationally for her work in the medium, at the Penland School of Craft in Penland, North Carolina.

In his case, the community component of the program had the potential to be even more far reaching. “The PAA supported the project not only because it fell in line with their mission of helping artists explore and develop new media, but there existed an opportunity to further a fledgling relationship with Door County’s sister city, Jingdezhen, China, an international center for porcelain arts,” Luberger says. “Having a Door County artist working primarily in porcelain was seen as a benefit to the community to further connect an international art center with the diverse and always expanding art scene on the peninsula.”

Rose says her insight into the grant writing process has led her to offer these words of advice to possible future applicants. “I stress to my art students that art isn’t just about art-making,” she says. “Don’t forget to take writing classes to convey a convincing argument.”