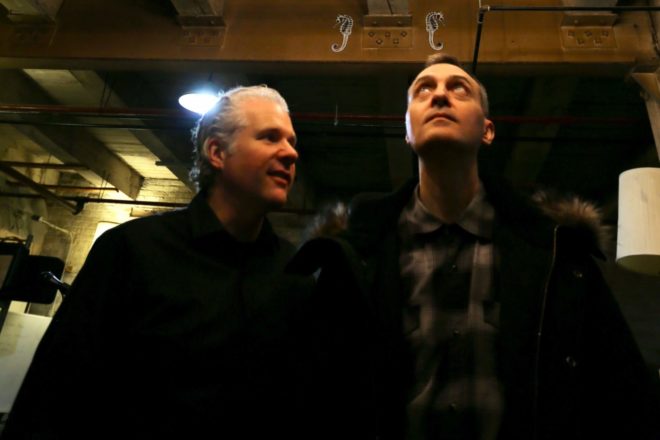 Rosenau and Mueller became friends in the early 1990s, and by the end of that decade, they had cofounded the “post-rock” bands Pele and Collections of Colonies of Bees, both of which released numerous records and toured throughout the United States and Japan.

They later joined with bandmates from these groups and vocalist Justin Vernon of Bon Iver to form Volcano Choir, whose 2013 record Repave debuted at number 40 on the Billboard charts. The group performed on Late Night with Jimmy Fallon; performed on sold-out tours in the U.S., Canada and Europe; and played at international festivals.

Admission is $10. Find out more at rhythmplex.com.