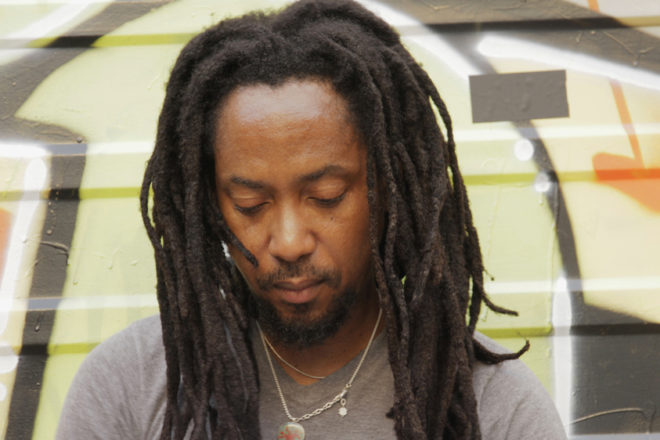 Taj Weekes & Adowa unite a true social consciousness with an unforgettable reggae groove. Blending in elements of acoustic roots rock and Afro-folk simplicity, the band’s vibrant sound defies genre and has garnered critical acclaim and a wide audience across the globe.

Weekes is driven to inspire conscious thought and provoke discussion through his poignant poetry and lyrics. “I write from the heart and I speak about issues that move me. I believe that’s what really matters.”

Born and raised on the island of St. Lucia, Weekes grew up the youngest of 10 children in a family where music was ever present. Weekes would painstakingly write down the lyrics from songs he heard, often tinkering with the words in a song to make them his own creation.

Weekes soon felt confined by the borders of St. Lucia and left home to fulfill his musical ambitions in North America. There he formed his band Taj Weekes & Adowa and label Jatta Records.

The group’s first two full-length albums are Hope and Doubt and Deidem, which won “Best Reggae Album” at the Just Plain Folks Music Awards and was shortlisted for a Grammy Award. The band released their much-anticipated third CD, A Waterlogged Soul Kitchen, in October 2010.

Weekes founded his charity, They Often Cry Outreach (TOCO), in 2007 to improve the lives of underprivileged children in the Caribbean through sports, health and enrichment programs.

Concerts in the series are free and open to the public. The Peg Egan PAC is located on Church St in Egg Harbor. In case of rain, all concerts are held at the Calvary Methodist Church in Egg Harbor. Carry-ins allowed. For more information call Terry Lundahl at 920.493.5979.