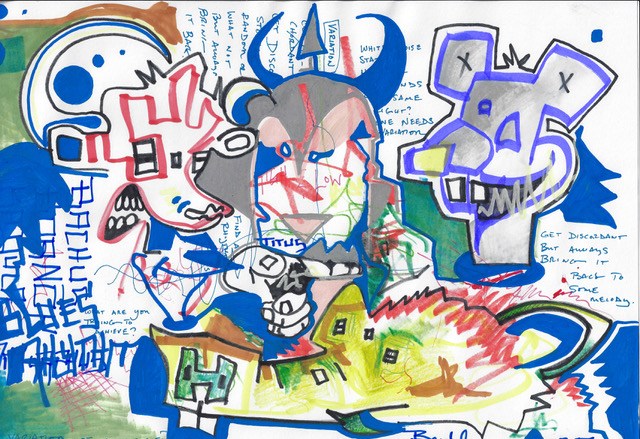 Artists have faced quandaries over what to paint since painting began, but for professionals, historically, the issue was often resolved by direction from a patron – generally a royal or religious figure. Today’s artists have no such accepted direction. Whether cursed or free to paint whatever they want, many find inspiration in their surroundings.

Sturgeon Bay-based painter Ernest Beutel – unsatisfied with pure realism – describes his work as “abstract representational,” but almost immediately he begins to take it back, in part because of the cloud hanging over every representational painter: photography.

“In this era of advanced cellular phone photography and digital augmentation, a realistic painting is like a recreation of the wheel,” Beutel said. “What is the purpose?”

To him, not even more impressionistic styles are safe.

“A realistic rendering of a subject with elements of abstraction has always been my mantra – coining the term ‘abstract-representational,’” he said. “However, a simple tweak of a photo using a photo-editing program can replicate such a feat.”

Beutel is firm about where all these choices leave him.

“The direction I am headed, or want to go, is unpredictable,” he said.

He wields a pen or brush to create images ranging from powerful to amusing. A dog imagining a steak dinner is on the lighter side, with a more subtle sentience. Other subject matter consists of vigorous slop and words scrolled across the canvas.

During the COVID-19 sequestering, Beutel has had time to reflect, and political turbulence has shown up on his canvas. Painted subjects have included Dr. Anthony Fauci (“Reason”), Dr. Martin Luther King Jr. (“Hear Me”), and perhaps in an appeal to reason – or just pure genius – Alfred Einstein (“The Bigger Brain”).

Beutel has also had time to think about his father, who died from cancer a year ago. His father was a fan of jazz, blues, classical and everything else musical under the sun. Beutel has spent some time going through his CD collection, which led to “Blues Rhythm,” painted last year.

Some of his images were sketched while waiting at the hospital.

“After my father’s passing, I deviated quite a bit from the direction I had intended to go with my artwork,” Beutel said. “Although I still had retained an interest in simplifying shapes in my work, I also threw myself into a passionate spiral of vigorous mark-making and conglomerations of cut-out paintings and abstraction.”

Reacting to political news, he created “Mustard Marks”: an image of a sloth with a bad comb-over brandishing the McDonald’s logo. Beutel said it became a satirical release, meant to represent everything that’s wrong with corporate America.

“Mikey” is an homage to Michael Jordan, “the greatest basketball player of all time,” he said. “He can play better than LeBron James with his eyes closed, and he did.”

No matter the subject, Beutel’s approach places a heavy responsibility on his morning dose of caffeine as he starts the day seeking a rediscovery of his artistic style.

“I love graffiti, but it is not my style,” he said. “I love both abstract and representational work, but why put a label on it? I love a happy accident to occur when painting but fail to see the positive side to marketing something that structurally falls short in fundamentals – it does a disservice to the rest of the art creators. Even when a work of art is a so-called mess, I feel as though the basic structure can still appeal to an audience. No one is worth a million dollars, however. Do I redevelop my own style – a style free and all my own? We cannot remain stagnant!”

Mill Road Gallery in Sister Bay represents Beutel. You can see more of his work at BeutelArt.com and ernestart.com and on Facebook.