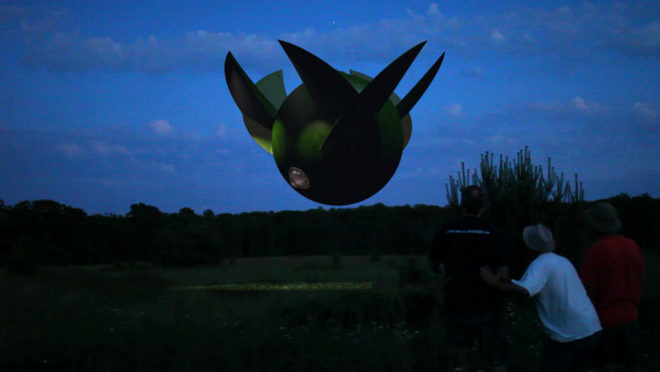 A spaceship is seen over Newport state park in a scene from The Emissary. Photo courtesy of Night Sky Ventures, Inc.

Enjoy a movie about the stars under the stars on Aug. 31 at Newport State Park. The Emissary is set to be shown at the park pavilion, near parking lot 3, at 7 pm.

The Emissary is a family friendly, sci-fi epic adventure film shot in Door County. Many scenes were shot in Newport State Park with the Park’s night sky, star-filled backgrounds and a cast of local actors. After the show, viewers can meet director Tim Erskine and co-producer Holly Erskine. If conditions allow, a few telescopes might be set up for public star gazing. If weather prohibits outdoor viewing, the show will move indoors to the Nature Center.