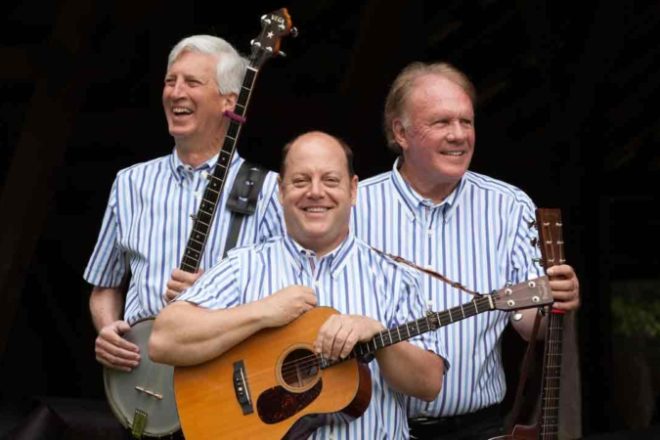 On Oct. 14 at 7 pm, folk legends The Kingston Trio will take the stage at Door Community Auditorium (DCA) in Fish Creek.

The recipients of the 2011 Lifetime Achievement Grammy Award, The Kingston Trio became one of the most prominent faces of the mid-century folk boom with the release of their hit single “Tom Dooley” (which sold more than three million copies) as well as songs like “Greenback Dollar,” “Scotch and Soda,” and “The M.T.A. Song.”

Tickets range from $35 to $58. Advance reservations are recommended and can be made through the DCA box office, located at 3926 Highway 42 in Fish Creek. The box office is open Monday through Friday, 12-5 pm. Tickets can be purchased in person, on the phone at 920.868.2728, or online at dcauditorium.org.