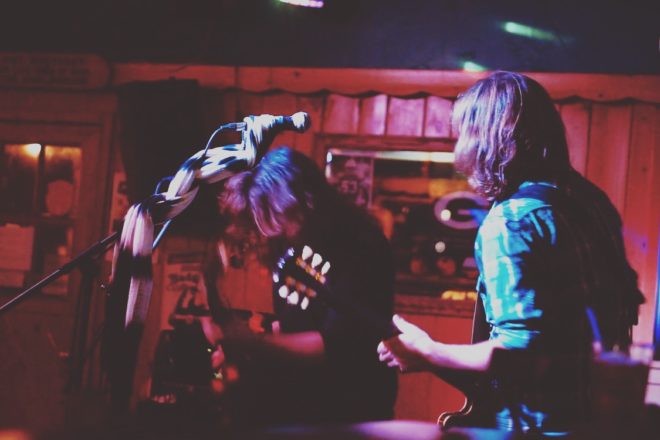 The Wildness is throwing a release party for “White Lighter,” along with a full performance, on June 7, 9 pm, at Butch’s Bar in Sturgeon Bay.

Door County’s newest rock band, The Wildness, is throwing a no-cover-charge release party for its debut single, “White Lighter,” along with a full performance on June 7, 9 pm, at Butch’s Bar in Sturgeon Bay.

“White Lighter” was recorded at Sturgeon Bay’s Painted Recordings Studio and produced by band member Marcus Trana. It draws its inspiration from the white lighter curse: an urban legend based on the 27 Club that claims several musicians – primarily Jimi Hendrix, Janis Joplin, Jim Morrison and Kurt Cobain – died while in possession of a white lighter. White lighters are now connected with bad fortune.

The Wildness also plans to release a digital single at the start of July and Aug., along with a corresponding, limited-edition, seven-inch vinyl at the end of June, July and Aug. The first of three vinyl release parties will be held at a location (to be announced) in Sturgeon Bay June 28.

Check out TheWildnessMusic.com to read about upcoming concerts.