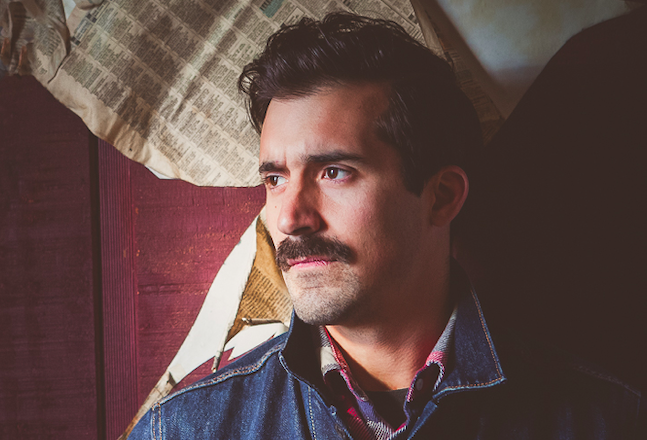 The Zach Pietrini Band is making a stop at the Door County Brewing Co. in Baileys Harbor on Oct. 26, starting at 7 pm. Photo by Connie Ward.

Moving from Chicago to Milwaukee, Zach Pietrini thought he was done with music. A third record he had just made had gotten stuck in postproduction; he was working two jobs while trying to make music work; and his wife was working at a cafe. They were getting burned out.

“It’s just a really competitive scene, and it’s really easy to kind of get swallowed up,” Pietrini said.

That’s when they decided to move to Milwaukee. A church in Germantown, Wisconsin, hired Pietrini, and they were able to regroup. The scene doesn’t have Chicago’s critical mass of people, but there’s still a lot going on in the Milwaukee restaurant and music industries.

He said he must be selective and extremely intentional about how he can make music work. Sometimes that means picking up shifts elsewhere that aren’t music related.

“It’s a difficult and tricky balance to strike. For me, I have two kids,” Pietrini said. “It was one thing when I was 25 to just disappear for a while. It’s another thing now.”

But they’ve made it work.

The Zach Pietrini Band’s Americana sounds earned the group Best Live Act in Milwaukee in 2017. In a saturated setting where it’s hard to make music stand out, the band’s members found a good mix of networking, getting the right support and working really hard.

It’s a common myth that if you work very hard in music, you’ll get there and be fine, Pietrini said. But the truth is that there are amazing musicians out there whose hard work doesn’t always “tip the scale.”

This band did work hard this summer, and though it visited some surrounding states, Wisconsin keeps the group pretty busy. Pietrini picks up solo shows along with full-band shows, and the group played Summerfest this year.

But it’s not the end of touring yet. The Zach Pietrini Band is on the road this fall, and Pietrini said he loves the crazy and tiring pace of it. The band is promoting a two-track EP titled Nashville that it recorded recently in Nashville.

Just as Door County locals look forward to the winter season to get a break, so does Zach Pietrini. Winter is his songwriting season: a cool-down after a long summer and fall full of touring and shows.

“One of my favorite things to do is just write and see what comes out,” he said.

Before that, though, the band is making a stop at the Door County Brewing Co. in Baileys Harbor on Oct. 26, starting at 7 pm. The band members had tons of fun last time they were there, so they’re looking forward to doing it again, Pietrini said – and this time it’ll be the night of the brewery’s Halloween celebration. He’s also looking forward to unplugging and embracing the Door County spirit.

“When you play as many shows a year as we do, you have very specific memories of when a place is really kind and gracious and takes care of you,” Pietrini said. “Door County Brewing Co. is so great.”