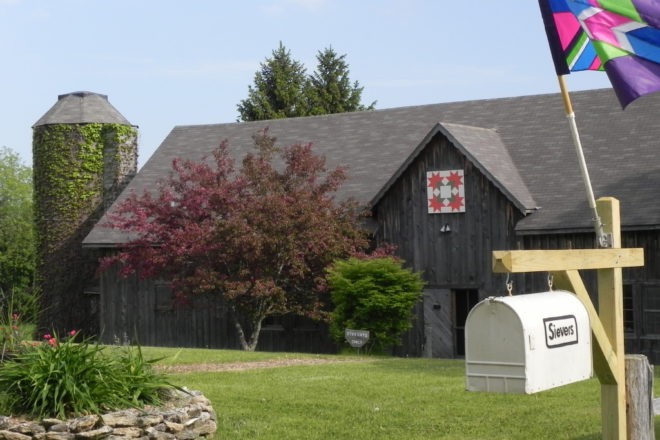 The school’s founder, Walter Schutz, bought the barn in 1980 to use as a dormitory and classroom space. Submitted.

“This turn-of-the-century landmark building is as handsome and sturdy as the day it was built, with hand-hewn, exposed-timber construction; a hemlock-sheeting exterior; and a weathered barn-lumber interior,” reads the school’s website.

The school’s founder, Walter Schutz, bought the barn in 1980 to use as a dormitory and classroom space. Built in 1900, it had been part of the George Hanson farm, but it had been sitting idle for many years and was used only as storage for old irrigation pipe from Ed Anderson’s potato-growing industry.

“The section of inside walls, partitions, beams, ceiling and concrete floor that long ago housed the animals was removed; a new concrete floor was poured; and a loft was installed over half the barn,” said Sievers staff member Carolyn Foss. “They took the Island-grown white-pine exterior boards off and used them for the interior walls, and added a well and septic system.”

The dormitory now contains a sleeping area, two bathrooms, a kitchen and a sitting area for Sievers students. Schutz named the barn Tomson Hall after his son Tom, and another nearby building became Jackson Studio, named after his other son, Jack. Since then, two additional studios have been added. They’re named Sophie Studio, for Schutz’s wife; and Walter Studio to complete the family.