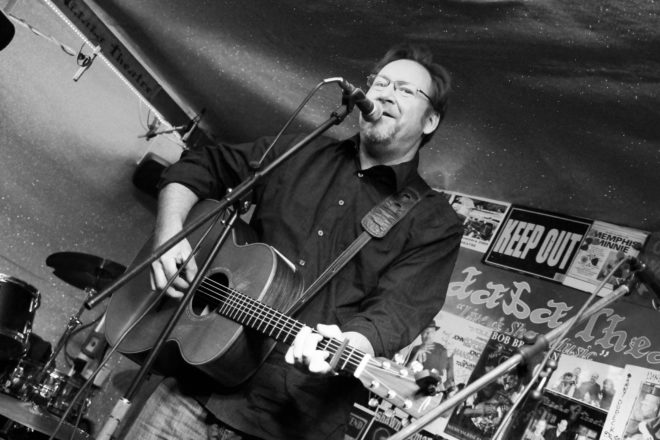 Singer, songwriter and actor Tim Grimm will perform with Katie Dahl at the Kress Pavilion.

Grimm’s work as a songwriter and actor has taken him around the world and included parts in the film Clear and Present Danger and the NBC drama Reasonable Doubts. In recent years, he has returned to his southern Indiana hometown and lives on 80 acres. His songs are full of the rural rumblings that have shaped his life, and he explores America’s romance with the family farm and vanishing rural landscape. In 2016, Grimm’s song “Woody’s Landlord” was the No. 1 song on the national folk radio charts.

Known for the literate candor of her songs and the easy humor of her live performances, Dahl has recorded four studio albums. In 2017, her album Solid Ground hit number 15 on the national folk-radio charts. Northern Sky Theater has produced her original musical Victory Farm three times to great acclaim.

Admission is $20 per person. Advance ticket reservations are recommended and can be made at katiedahlmusic.com. Pending availability, tickets (cash only) will also be available the night of the show. The doors will open at 7 pm. Beer will be available for purchase to benefit the Friends of the Pavilion.