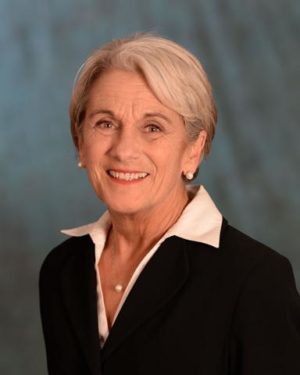 Following the news of Wisconsin Department of Health Services (DHS) Secretary Kitty Rhoades’ passing, Walker wrote to DHS Deputy Secretary Tom Engels and named him Interim Secretary pending the appointment of Secretary Rhoades’ successor. “Our hearts all ache following the passing of Kitty, who was an important part of our administration and a close friend,” Governor Walker said. “In the wake of this tragedy, we need someone to step into the role of Secretary at the Department of Health Services and carry on Kitty’s legacy. I have no doubt that Tom will serve the people of Wisconsin well as Interim Secretary as we begin the process to appoint Kitty’s successor.” Rhoades, 65, died June 18 from pneumonia.

Senate Democrats, led by Baldwin, Barbara Mikulski (D-MD), vice chair of the Senate Committee on Appropriations, and Mazie K. Hirono (D-HI) unveiled an amendment to the Commerce, Justice, Science and Related Agencies (CJS) Appropriations Act that would provide an additional $41 million to Department of Justice programs that prevent bias-motivated attacks and discrimination. In response to the bias-motivated attacks against the LGBT and Latino communities in Orlando, the new Senate Democratic amendment would ensure the Department of Justice’s Civil Rights Divisions has the necessary resources to prevent, investigate and prosecute potential hate crimes throughout the country. Specifically, the Department of Justice’s Civil Rights Division (CRT) and Community Relations Service (CRS) would be allocated an additional $30 million and $11 million respectfully, under the Senate Democrats’ proposal. “We must have the courage stand up, speak out, and act. When we turn a blind eye to intolerance and discrimination against any community or group, we allow the things that fuel hate crimes to go unchecked. We must do more,” Baldwin said.

Johnson sent a letter to Facebook founder Mark Zuckerberg on June 15, requesting that Facebook provide Johnson’s Committee on Homeland Security and Governmental Affairs with Orlando shooter Omar Mateen’s Facebook activity. Johnson wrote: “As the Committee examines the attack and considers legislative proposals to address homegrown extremism, I respectfully request your assistance with the Committee’s inquiry given Mr. Mateen’s use of Facebook. I ask that you please provide all Facebook data on Mr. Mateen’s activities…”

In his weekly address, President Obama reflected on his visit with the families of the victims of the Orlando terrorist attack. He reiterated that we will always stand with those impacted by the Orlando attack – and we will do everything in our power to stop homegrown terrorism attacks and ultimately destroy ISIL. The President emphasized the responsibilities we have to each other – particularly to our children. Too often, events like these have been followed by silence and inaction. Obama said in order for us to raise our children in a more loving, safer world, we must speak up for it. Whether it’s speaking up about the risks guns pose to our communities, or why tolerance and equality matter, our children need to hear us respond to these events and lead our lives with love.