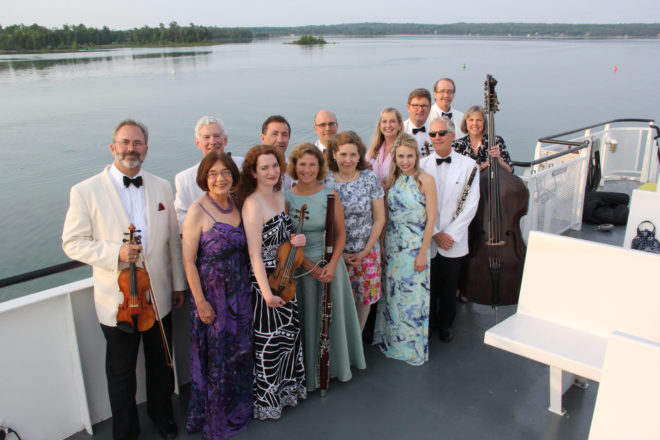 The Music Festival hosts two weeks of events each August, including four chamber music concerts, a children’s concert, an open rehearsal and lecture-discussion at TPAC, as well as three music appreciation presentations at the Red Barn, and the children’s music camp at Bethel Church.

Musicians involved in making the festival possible come from all over the country. Many of the musicians perform with major symphony orchestras and serve on the faculties of university and college music departments and conservatories. Other participants perform folk and rock music and entertain hundreds of attendees at Under the Big Top, an outdoor concert highlighting local talent held during the Island Fair.

Come join the Washington Island Music Festival for its 25th anniversary Aug. 1 – 12 and then stay a few extra days for the Under the Big Top concert on Aug. 18.

Anyone who has ever been on the island knows how hard it is to leave and how easy it is to come back! For more information, visit washingtonislandmusicfestival.com.