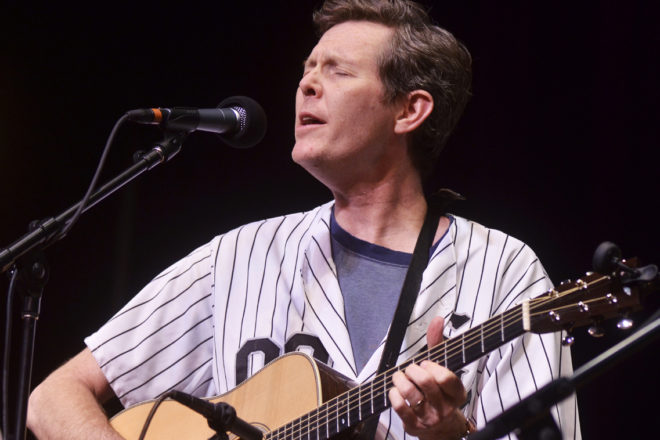 Singer-songwriter and guitarist Robbie Fulks will be featured at the first of five concerts scheduled in the 33rd season of winter folk concerts at the White Gull Inn in Fish Creek on Nov. 16.

Fulks is prodigiously talented, with the soul of a country singer and the mind of a vaudevillian. Widely regarded as one of the most gifted songwriters to ever ply the trade, he can sing the kids ditty “Eggs” and Merle Haggard’s “Sing a Sad Song” back to back and mean them both. Lost in the deserved accolades for being a fabulously unique, clever and heartfelt writer is the fact that he’s also one of the best guitarists around, who can whip it out in honky-tonk, country, bluegrass, power pop or whatever strikes his whimsy at the time.

Born in York, Penn., Robbie grew up in a half-dozen towns in southeast Pennsylvania, the North Carolina Piedmont and the Blue Ridge area of Virginia. He attended Columbia College in New York City before dropping out to focus on the Greenwich Village songwriter scene. In the mid-1980s Fulks moved to Chicago and joined Greg Cahill’s Special Consensus Bluegrass Band, with whom he made one record in 1989. Since then he has gone on to create a multifarious career in music.

An optional fixed price dinner will be served at 6 pm. On the menu is: pork and tomatillo stew served with tortilla chips; salad of chopped mixed greens, apples, jicama, avocado and honey-lime dressing; and pumpkin flan for dessert.