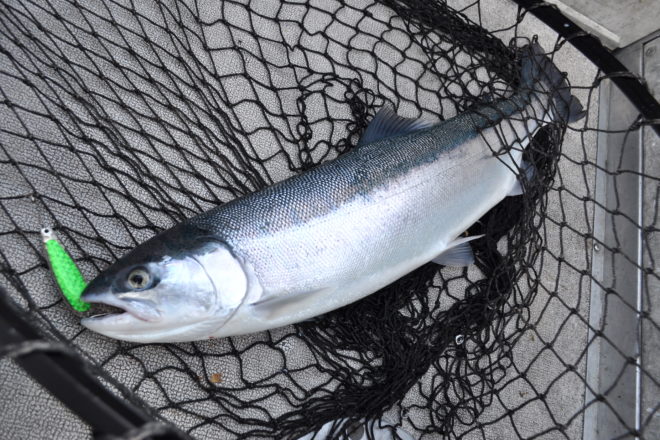 School’s not out for finned targets

June’s arrival is a welcome turning point to what has often been a cold, windy spring.

Warmer air and sunshine will lure spawning panfish into the shallows, where they’ll join bass that are already sitting on beds. Look in fewer than three feet of water in the area’s inland lakes, as well as in bays, harbors and marinas on Green Bay.

Meanwhile, with water temperatures still much cooler than normal for this time of year, walleyes and northern pike are still active. Lake Michigan has been slow to heat up, but the first reports of salmon and trout in the northern half of the lake are finally trickling in.

Whatever your choice, Wisconsin’s annual Free Fishing Weekend June 4-5 is a good time to take nonfishing friends or family members out to see whether they might get hooked on the sport you love.

In addition to its social and health benefits, fishing is a leading contributor to conservation. Through fishing-license sales, excise taxes on equipment, and direct donations, America’s 55 million anglers annually contribute $1.7 billion to conservation efforts.

Need some tips on where to try your hand at fishing? Visit the knowledgeable pros at a local bait-and-tackle shop.

Recent heavy rains combined with (finally!) warmer temperatures mean that bloodthirsty mosquitoes are on the hunt, joining the ticks that have been active all spring.

While considering options to fend off the beasts, keep this on your radar: genetically modified mosquitoes.

The first open-air study in the nation to release “GMO mosquitoes” recently concluded in the Florida Keys. Specifically engineered to be capable of producing only male offspring, the mosquitoes do not bite.

The data still needs to be peer reviewed, but researchers collected more than 22,000 eggs in the Keys and said that all those that hatched became males. However, the gene that killed off female eggs appeared to last only about three generations.

The annual show – produced by the American Sportfishing Association, the national nonprofit association that represents the business interests of the sportfishing industry – offers the latest tackle, gear, apparel and accessories. To get a first look at products including electronics, kayaks, rods, reels, lures, clothing and more that will define recreational fishing’s future, thousands of industry representatives flock to ICAST.

Whether pushed here by spring storms or as part of ongoing climate changes, rare birds in amazing numbers have been spotted and reported in Wisconsin this spring. Report your observations, and track what others are seeing at ebird.org/wi/home.

Meanwhile, you can see the latest maps on the annual monarch butterfly migration and learn more about it at journeynorth.org/monarchs.

As of May 27, Lake Michigan water levels were still 29 inches above chart datum and 11 inches above the 100-year average. However, levels have dropped 24 inches since the monthly record in 2020.

U.S. Army Corps of Engineers data shows a two-inch rise during the past month, and the agency is projecting another two-inch rise by late June.