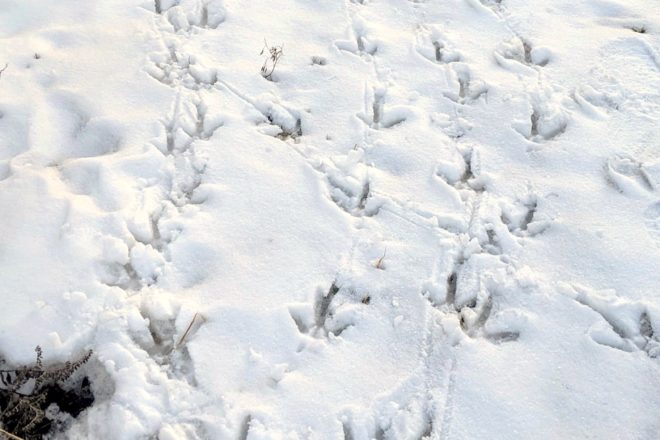 If you forgot to apply for a spring wild turkey permit in December – or you’d like to track down an extra – there’s still a chance: Leftovers for Zone 2 will go on sale March 22 at 10 am. Any remaining tags will be sold (with a limit of one per day) beginning March 26 at 10 am. More than 15,000 are available for the zone, which includes Door and Kewaunee counties. Photo by Kevin Naze.

Steelhead and suckers are moving into the Ahnapee River for spring spawning, and brown trout are available in the nearshore shallows of Lake Michigan. Yellow perch fishing in Green Bay – and all fishing in Green Bay creeks and ditches – is closed for spawning season, but anglers are still finding ice-over spots where they’re pursuing pike, walleyes, trout, whitefish, burbot and smelt.

Meanwhile, leftover spring wild turkey harvest permits for Zone 2 will go on sale Tuesday, March 22, at 10 am. Any remaining permits will then go on sale March 26 at 10 am.

The cost is $10 for residents and $15 for nonresidents. Unless you’ve already purchased a new Conservation Patron license, you’ll need to purchase a spring turkey license and stamp prior to getting a tag. There are more than 15,000 leftovers available in Zone 2, but all but 23 of them are for the fifth and sixth periods (May 18-31). Zones 1 and 3 have thousands of leftovers for early to mid-May.

For the third straight year, the annual Department of Natural Resources (DNR) spring fish and wildlife hearing and Wisconsin Conservation Congress county meeting will be online only.

Citizens can provide input on more than 60 questions from the Conservation Congress, DNR and state Natural Resources Board during a 72-hour period beginning April 11 at 7 pm. Results are nonbinding and advisory only. Resolutions submitted by citizens can also be voted on. Those results are also advisory only, but they are often a good gauge of public opinion and are, at times, used by legislators to craft new rules.

For the third straight year, there will be no elections for county representation on the Conservation Congress, but there were applications available for some vacant seats.

One of the questions that’s sure to attract those for and against crossbow use during the archery deer season is from the Natural Resources Board, asking whether the DNR should again review the impacts of the crossbow season on the state’s gun deer hunting season. Part of it reads, “It is expressed by many that with around 40% of the bucks harvested before the start of the Gun Deer Season, Wisconsin’s famous and long-standing Traditional Gun Deer Season is in jeopardy.”

Meanwhile, the Conservation Congress’ Deer and Elk Committee is asking whether in-person deer-registration stations, back tags and tagging procedures should be reestablished. Also, the group’s Legislative Committee is seeking opinions about whether canoes and kayaks should be registered.

For a look at all the questions to be voted on April 11-13, visit dnr.wisconsin.gov/about/wcc/springhearing.

A total of 1,518 sturgeon were registered during the recent season on the Winnebago system, including 1,169 on Lake Winnebago itself and 349 on the upriver lakes.

The current harvest-cap system was implemented in 1999 to help maintain harvest rates at or below sustainable levels. Population estimates for male and female sturgeon set the Winnebago system harvest caps, which are 5% of the five-year average population estimate.

If you’ve never done it and want to give it a shot in 2023, plan ahead. Apply for a chance at one of 500 upriver permits or purchase a preference point before Aug. 1, or buy a spearing license for Lake Winnebago before Oct. 31.

A link to the Zoom meeting is available by scrolling to the correct county at dnr.wisconsin.gov/topic/Hunt/cdac. If you just want to listen in or provide comments by phone, call 312.626.6799. The access code is the same for both meetings: 814 6363 1227.

A panel of experts recently picked more than 90 of the top photos from the millions included in the Cornell Lab of Ornithology’s Macaulay Library. You can see their choices by clicking on the link at allaboutbirds.org.