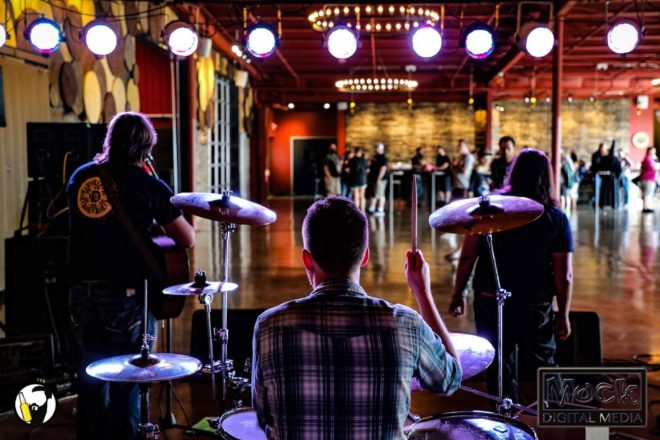 Despite dating for 15 years and sharing a love of music, Chris Rugowski and Melanie Riley had not considered performing music together until a few years ago.

After being encouraged to try performing together, the two would give it a shot and eventually form a group called Band of Seahorses about five years ago. They switched their name to Age of Fable this past March.

Before they played in Age of Fable, Rugowski and Christenson had been in a rock band together while Riley was pursuing music on her own.

“Someone mentioned to (Rugowski and I) one day, ‘Why don’t you two try something together?’ And we looked at each other and had never thought of it before for some reason,” Riley said. “We gave it a shot, and then Brandon tagged along.”

Age of Fable comes from the name of a book on Greek mythology.

“It was a book my father had, and it was always sitting on the shelf,” Riley said. “Ever since a young age, I’ve been obsessed with mythology.”

Riley said the reference to Greek mythology fits the group’s sound, which has a “folksy vibe to it.” While they use indie as a “blanket term,” Riley and Rugowski said it is not easy to categorize or describe their music.

“It’s not like your typical Americana that’s big around here, but it’s not necessarily ‘60s coffee house folk,” Rugowski said. “It meets the middle ground, and people seem to really latch onto it.”

The group is inspired by ‘90s music and performs covers of songs from that decade in addition to their original material. Riley and Rugowski said groups like folk rock duo The Swell Season and its hit song “Falling Slowly” also inspired them to play music together.

Riley and Rugowski said the group’s music explores a little bit of everything, including the aspects of time and nature as well as daily frustrations. Live performances usually feature a mix of covers and original songs.

“A lot of people say that our covers are unique,” she said. “We don’t do your typical, standard harmonies. We kind of just follow our own thing. We try to stay true to ourselves and what we feel while we’re performing.”

Rugowski said he is “the talker in the band” who interacts with the audience during shows in order to keep the crowd engaged. For songwriting, the two said it is a collaborative process. 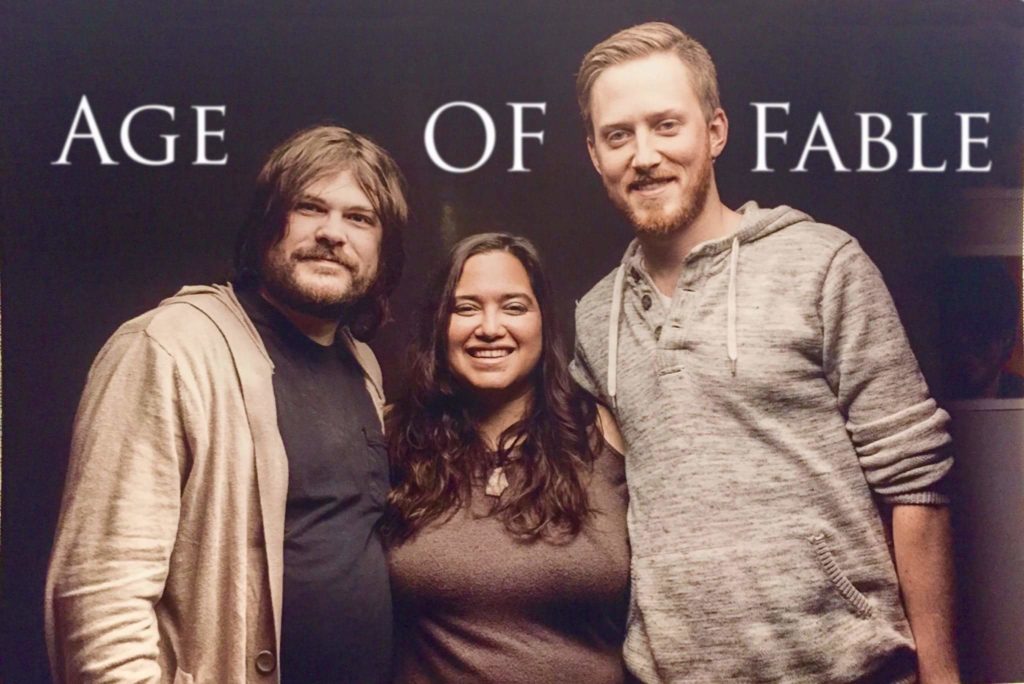 Age of Fable released their debut album earlier this year, an untitled EP with seven songs that was recorded at Rock Garden Studio in Appleton. The album is available for sale at live performances for $5. One of the group’s songs, “Endorphin Orphan,” has also reached the radio, playing on 105.7 WAPL out of Appleton.

“It’s on regular rotation, so that’s pretty exciting for us,” Riley said.

For the future, Age of Fable wants to produce more music and establish a solid regional base of fans, Rugowski said. The group has already played numerous gigs in the Green Bay area at farmers markets and local events. Now, the group wants to gain exposure in Appleton and Door County.

Rugowski and Riley said they are excited to finally perform on the peninsula.

“We go up there a lot,” Rugowski said. “We just haven’t gotten the chance to play music up there.”

The three have big dreams for the future, such as building up enough popularity where they can tour the country and possibly the world.

“I just want to be successful enough where honestly we can make this a full-time job,” Rugowski said.

Riley and Rugowski currently have other full-time jobs. Riley works with the Fox River Cleanup Project. Rugowski works as an interactive exhibit developer for museums and also works part-time at Luthier’s Workshop, a guitar repair business in Green Bay.

As for a possible debut Age of Fable tour?

“Maybe we can start with a tour of Door County,” Riley said.

Age of Fable will perform Aug. 5 at Sherwood Point Grill, 6962 County Road M, Sturgeon Bay, from 4 – 7pm. The group will be joined by Strategic, the name for Appleton-based solo artist Brandon Van Dalen. For more on the band, visit ageoffable.com.