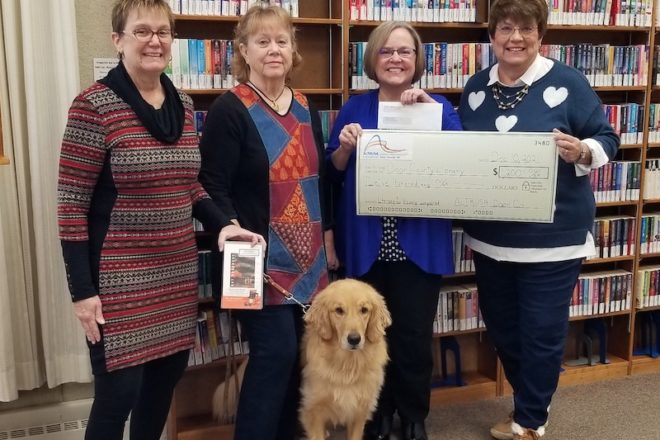 Altrusa Club of Door County has donated $1,200 to the Door County Library as part of its Literacy for the Visually Impaired project. These funds are the start of a project to raise more than $4,000 for the purchase of Playaway audiobooks – a project will be ongoing throughout 2022.

“The local club pledged $600 this year for the project, and a matching grant was awarded from Sam’s Club through the Walmart Community Grants,” said Peg Wepner, Altrusa grant liaison.

The Altrusa Club has set a goal of providing each of the eight libraries with six additional Playaway audiobooks, which are loaded with a book in a small, portable, battery-operated device that does not require an internet connection.

“Our club is dedicated to improving literacy for all ages,” said Diane Jenquin, Altrusa president. “This project is a new one that our members are supporting. I am grateful to Patti Ligman and Peg Wepner for their work to promote Literacy for the Visually Impaired.”