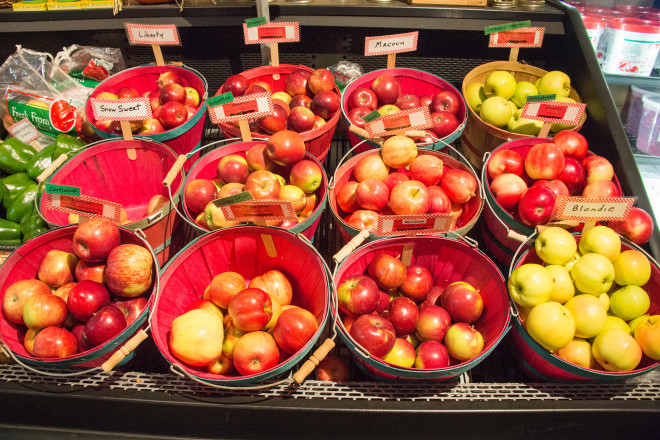 Pumpkins’ time is coming with Halloween and Thanksgiving, but apples will be the star this weekend with the Fall Fun Fest and Cider Pressing Party at the Washington Island Farm Museum and Apple Festival at Seaquist Orchards Farm Market.

Activities at the Farm Museum will run from 10 am to 4 pm on Oct. 10 & 11. Bonnie Burnham, director/curator for the past eight years, says there’s always a huge turnout for the family-oriented weekend that began in 1987.

“Three cider presses will be operating,” she says, “including a 100-year-old one from Sears & Roebuck. 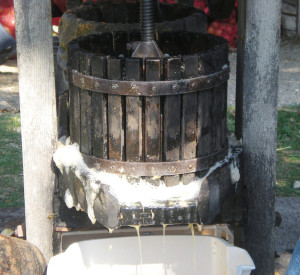 An old-fashioned cider press will be the highlight of the weekend at Washington Island’s Farm Museum. Submitted photo.

People can bring their own apples or buy a bucket for $4.”

A bushel of apples makes about three gallons of cider. Burnham says they usually press about 100 gallons during the annual event and that McIntosh and Cortland are the juiciest apples to use.

Brats, chili, and hot and cold cider will be served both days, along with dip-your-own caramel apples with or without nuts. There will also be a farmers’ market in the barn. Tractor-pulled wagon rides through the woods will be available, and at 1 pm Saturday, children can compete in old-fashioned games, including tug of war and sack races.

Burnham is anticipating a fine weekend, hopefully without the snow they experienced one year.

“It didn’t deter anyone,” she says. “We just put gloves on!”

The Farm Museum was established in 1986 by Marilyn Domer to preserve the island’s farm heritage and has since expanded to additional acreage. Everything displayed at the museum has been used on the island. It is located at 1675 Jackson Harbor Road. 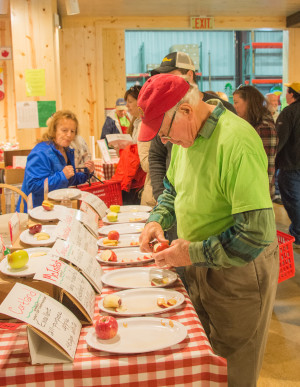 The Apple Festival at Seaquist Orchards Farm Market will be from 11 am to 4 pm on Oct. 10. Laura Seaquist says the event began about 20 years ago and has really grown the past 15 years. It’s held inside the farm market, so chilly or rainy weather isn’t a problem.

There will be live bluegrass/gospel music from noon to 4 pm. Chili, soup, brats, cider, pumpkin pie in a cup, and make-your-own caramel apples will be available throughout the event.

Apple launching is always a favorite activity, along with pumpkin painting, coloring and other arts and crafts activities for children.