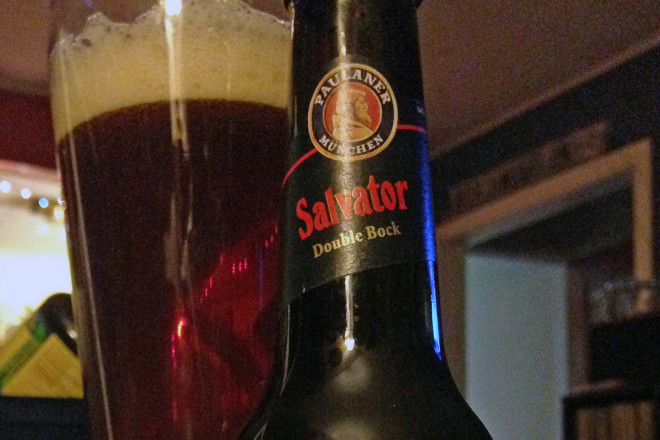 Sometimes when I go to buy beer, I have no idea what I want. I’ll walk right past things that usually intrigue me, walk past the latest in the seemingly endless parade of new and increasingly outrageous craft beers, and suddenly, bam! Some mysterious part of my brain emphatically tells me, here is the beer for this moment in your life!

That peculiar but welcome recognition of a particular beer happened recently with an old favorite that I hadn’t thought of for a very long time – Paulaner Salvator Double Bock. 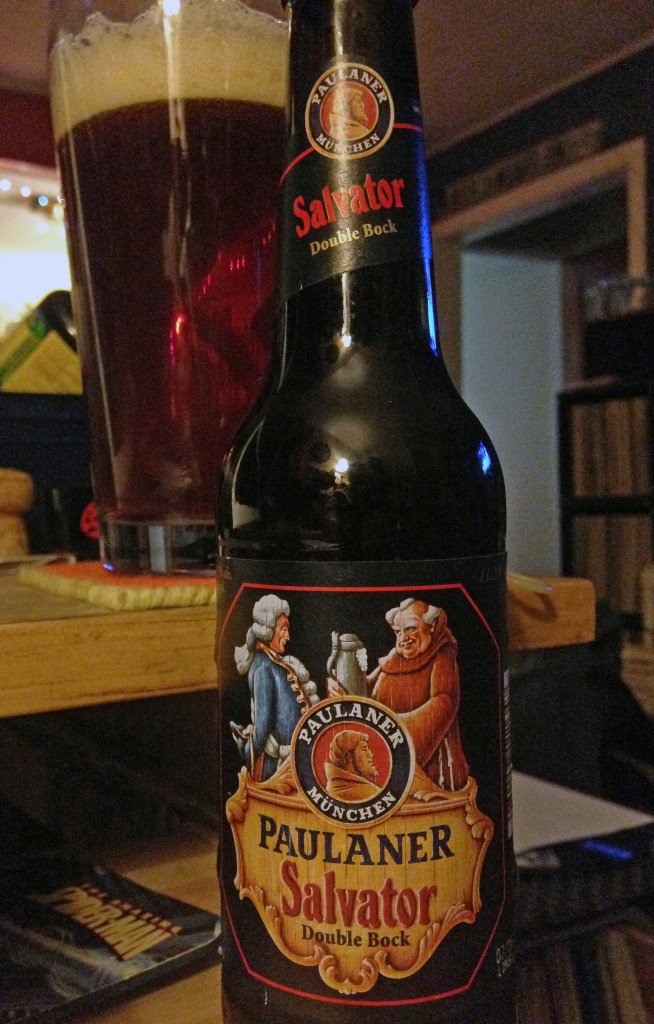 I used to frequent a tavern that had Salvator on tap, and a bartender who liked to bet that he could drink a glass of Salvator faster than you. And he could. It was amazing. He had the ability to open his gullet and pour it right down. No one could even come close to downing a glass of Salvator as fast as this cat could.

It amazed me because Salvator is a big sweet, malty 7.9 percent doppelbock, and he downed them as if he were shooting a boring can of American lager.

I couldn’t possibly drink a Salvator that quickly, and, believe me, I tried. He challenged me and I accepted, but all I could think of as I tried to chug a glass of Salvator – why would anyone want to do that to this delicious beer?

But my reluctance did not diminish my interest in seeing him accomplish the beery feat. I marveled at his ability and even egged people on to challenge him so I could see him do it again.

I thought fondly of these things as I tucked into the first bottle of the sixer of Salvator, eagerly anticipating the sticky-lipped deep malty flavor I remembered.

Hmmm? It remains a tasty beer, but with this bottled version, I’m missing the incredible depth and character I remember from draft Salvator. And my lips are barely sticking together.

Things do change, and I’m talking 10-plus years ago. Would I be disappointed by a 2016 draft Salvator?

The answer is easy, even without having one – no. The bottled Salvator is still a great beer, so the modern draft version would remain so as well.

But I have to wonder if Andy can still chug a Salvator? And, if so, how many of these bottled versions could he chug?