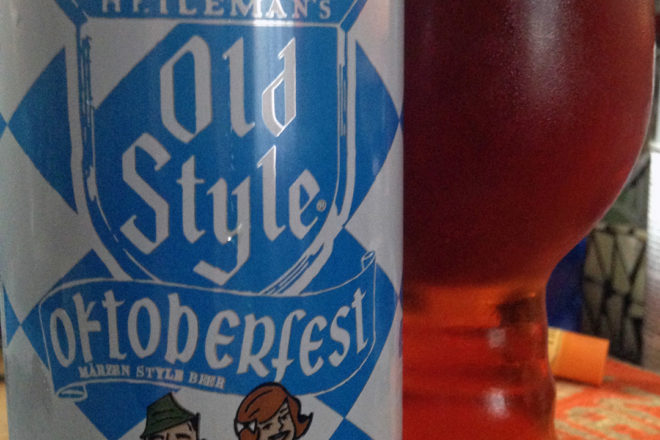 If, like me, you bought a four-pack of Heileman’s Old Style Oktoberfest “brewed in LaCrosse,” you may have thought that true Old Style is back.

Yes, last year City Brewery of La Crosse started making Old Style Oktoberfest, and rolled it out again this year, but the brand is still owned by virtual brewer Pabst, along with just about every other classic American lager you can name, from the onomatopoeic Blatz to the Hawaiian Primo and the bullish Schlitz Malt Liquor, as well as Old Milwaukee, Lone Star, Olympia, Rainier, Stroh’s, Schlitz, Schmidt’s Schaefer, and just about any other old cheap beer you can name from back in the day.

I call Pabst a virtual brewery because they contract to have these beers made. Last time I checked, Miller Brewing was doing most of it for them, but what a smart move to throw City Brewery a bone by contracting with them to brew Old Style Oktoberfest in the old Heileman plant.

Maybe it’s enough that an old beer brand has returned, for a short time, to its hometown and that’s celebration enough.

Oktoberfest as a style is also known as Märzen (German for March, I’m told; can’t gefunken that language myself), because it was brewed in March, put into pre-magic fridge cold storage (caves, cellars), and brewed with plenty of dark-kilned Munich malt to ensure a high alcohol content to stave off infection.

We’ve come to know it as a coppery color, but I’ve been told that influenced by the American predilection for light lagers, the Oktoberfests now served at the Munich fest are light colored due to using air dried rather than kilned Munich malt.

La Crosse Oktoberfest has the classic coppery color, with a tight tawny head. It is lacking the deep maltiness I expect from a great Märzen, and the hop bite at the end seems a bit harsh for the style, but, all in all, if I were at the La Crosse Oktoberfest this weekend (Sept. 28-Oct. 1), I know what I’d be drinking.