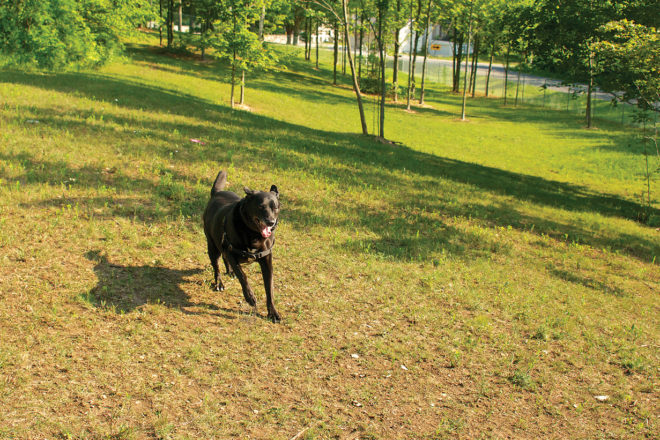 Vacation is for the whole family and that often includes the dogs. With thousands of acres of public land and hundreds of miles of trails, it is a place for a dog to let loose and unwind as much as their owner. But in the past few years, local businesses and municipalities have been joining in and dogs have never been a bigger part of the Door County community.

There are three dog parks in the county and each of them is a community-driven effort. By only benefiting the population of dog owners in a municipality, tax dollars in Sturgeon Bay, Egg Harbor and Sister Bay were hard to come by. But the dog lovers in these communities found a need not only for the space, but also the social atmosphere.

“It’s a great social deal,” said Jeff Bakke, self-ordained leader of the Sister Bay dog park with his dog Morgan. “I can pretty much tell you what every one of these people has done in their lives. These are all people that have met everybody at the park.”

After the village put up a basic fence around the park in Sister Bay, a group found themselves crossing paths each morning. What started as an exchange of emails turned into potlucks, cocktail parties and fundraisers. 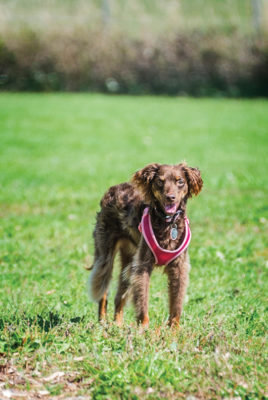 “Once we got this group going, then I got involved in the village,” said Bakke. “They really do take good care of us. Practically anything we want, they’ll get it for us.”

That has led to a close relationship between the park visitors and the Sister Bay Parks Department.

“We made a request to provide better drainage and the village promptly installed a drainage bed,” said Bakke. After a fundraiser for the park last year, the village will install fresh water seasonally and establish a reserve fund for projects at the park.

Egg Harbor’s village administrator, Ryan Heise, is no stranger to dog parks either.

“They are fascinating to me,” said Heise. “I especially love how everyone knows the names of one another’s dogs, but appear to put little effort into learning the names of the owners.”

Although coming to fruition before Heise arrived in Egg Harbor in 2015, the Harbor Hounds Park was also a collaboration between the village and its residents.

“The money to clear the lot, plant grass, and fence the dog park was borrowed from the village general fund with the expectation to be paid back by raising funds,” said Jeff Meyer, Parks and Public Works Director for Egg Harbor.

In 2011, Village Board President Nancy Fisher and the rest of the board set aside $15,000 for work on the dog park to begin. The parks and public works crew got started on fencing, a shelter, picnic tables and benches. More recently, the village made some improvements to water drainage and, with no other projects planned at the park, Egg Harbor dog owners are happy with their new playpen for dogs.

Baileys Harbor is preparing to add its own space for dogs as it transforms part of a dormant 40 acres in town to a fenced dog park.

“It was spearheaded by the community and brought to the town board as a concept that a large group of residents felt very passionate about,” said Brynn Swanson, the events and marketing coordinator for the Baileys Harbor Community Association. “In addition to the residents, Baileys Harbor has a large amount of pet-friendly lodging options and Ridges Beach is one of the only beaches left in the county that allow dogs, so the businesses were also very supportive of it.”

The town board approved the park and hopes to break ground before the summer of 2016 while they continue discussion on walking paths throughout the town.

But there is more to do in Door County than watch your pets run around inside a fence. Many Door County businesses have joined in the pet market by accommodating animals. One of the most unique is Northern Sky Theater, an outdoor theater in Peninsula State Park.

“It’s pretty unique for a theater,” said Ann Birnschein, marketing director and volunteer coordinator at Northern Sky. “We’re outdoors in Peninsula State Park and the park allows dogs anyway. We get a large variety of people that are already hiking in the park or are camping in the park and they don’t want to leave their dogs behind.”

It was an unwritten policy until a few years ago, when the idea became popular. Now, they just ask for well-behaved dogs that don’t bark during the show.

“Obviously we play around and have fun with it,” said Birnschein. “We don’t want the dogs singing along with our actors.” 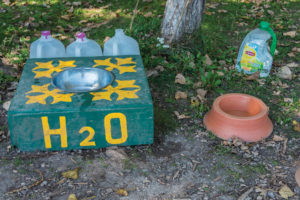 There are a growing number of restaurants, stores and outdoor areas that welcome pets, and April Delfosse at the Door County Humane Society thinks this isn’t just a coincidence.

“I have heard rumblings of trying to make Door County, as a tourist destination that is known for outdoor activities, more pet friendly,” said Delfosse. “A lot more people are starting to realize it’s not the best to leave your animal at home. People want to be able to bring their animal with them.”

Delfosse thinks this trend is also what triggered communities to invest in their own dog parks. They can serve as social hubs for the community like any other park.

“It’s really a great community builder,” said Delfosse. “If you enjoy dogs and you meet someone else at the park, there’s the sense that we enjoy and like the same thing so it’s building that community.”

For a list of pet-friendly parks, beaches, restaurants and stores in Door County, visit doorcountyhumanesociety.org/resources/pet-friendly.