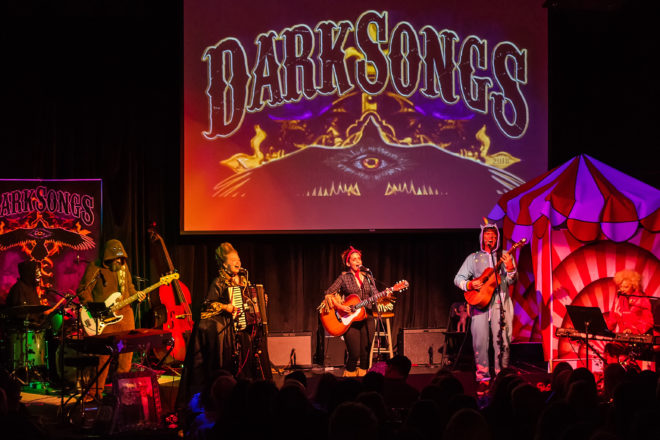 Since its birth in 2009 as the Edgar Allan Polka – celebrating Edgar Allan Poe’s 200th birthday – the Dark Songs aesthetic has fluctuated between classic Halloween and Día de los Muertos, but more recently, some specific themes have emerged.

Last year’s theme was a psycho circus; the year before, it was a mock opera about Sturgeon Bay’s historic granary, which was endangered at the time; and this year’s Stage Fright involves an exorcism. Themes change, but dark comedy is the unifying thread, along with regular nods to polka music and Edgar Allan Poe.

Tickets are on sale now at EdgarAllanPolka.com. Tickets for each night are sold separately, and seating is assigned.