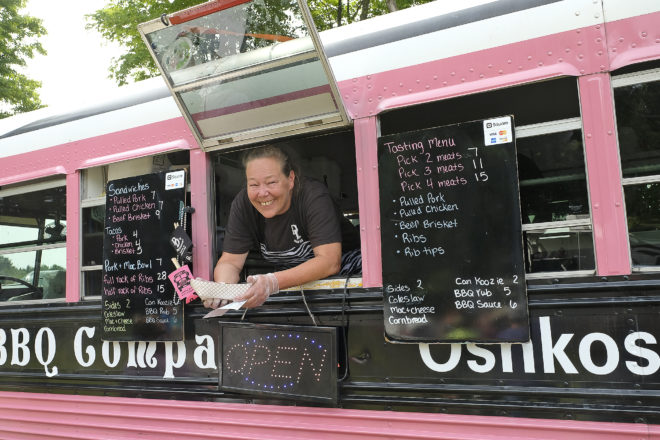 Professional barbecue teams from around the country have entered the 7th Annual Death’s Door BBQ (DDBBQ) contest scheduled for Aug. 25. The event, held at the Washington Island Airport, is sanctioned by the Kansas City Barbeque Society. A total of $19,000 in prize money plus various awards are distributed among the DDBBQ winners.

Wisconsin Governor Scott Walker has issued a Governor’s Proclamation for the event, making Death’s Door BBQ a Wisconsin State Championship. As a result, DDBBQ winners will receive an automatic entry in the American Royal Invitational in Kansas City, Mo. and are eligible for a lottery drawing to potentially compete in the Jack Daniels BBQ contest in Lynchburg, Tenn. Currently four of the top ten teams in the country are entered.

Genevieve Heyward will perform at 10 am, followed by the Alex Wilson Band. Also featured are island and non-island vendors, children’s games, arts and crafts and other great food and beverages. New this year is a Kid’s Que sponsored by Smithfield and Lampert Lumber of Sister Bay. Two age groups will be competing, 7-12 and 13-18. They cook between 8 am and 10:30 am, and turn in their entries at 10:30 am.

DDBBQ runs from 10 am to 5 pm. Admission and parking are free. Awards and raffle prizes are handed out at 4:30 pm. Tickets are sold all day up until the awards ceremony. For more information, visit deathsdoorbbq.com or find Death’s Door BBQ on Facebook.