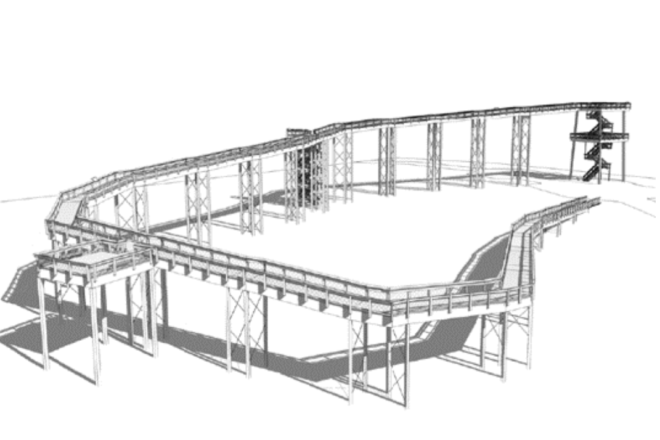 The design of the new tower includes an 850 foot ramp and additional observation deck. Image courtesy of Wisconsin Department of Natural Resources.

The Wisconsin Department of Natural Resources released new sketches of the new Eagle Tower Oct. 2. The plans came with the announcement that the State Natural Resources Board has accepted a $750,000 donation from the Friends of Peninsula State Park.

The State Building Commission approved the $2.07 million project at its August meeting, meaning the project now has all necessary approvals. The Wisconsin Department of Natural Resources plans to proceed with the design and hopes to begin construction in early 2019 pending bid results and weather, with an estimated completion of late summer 2019. 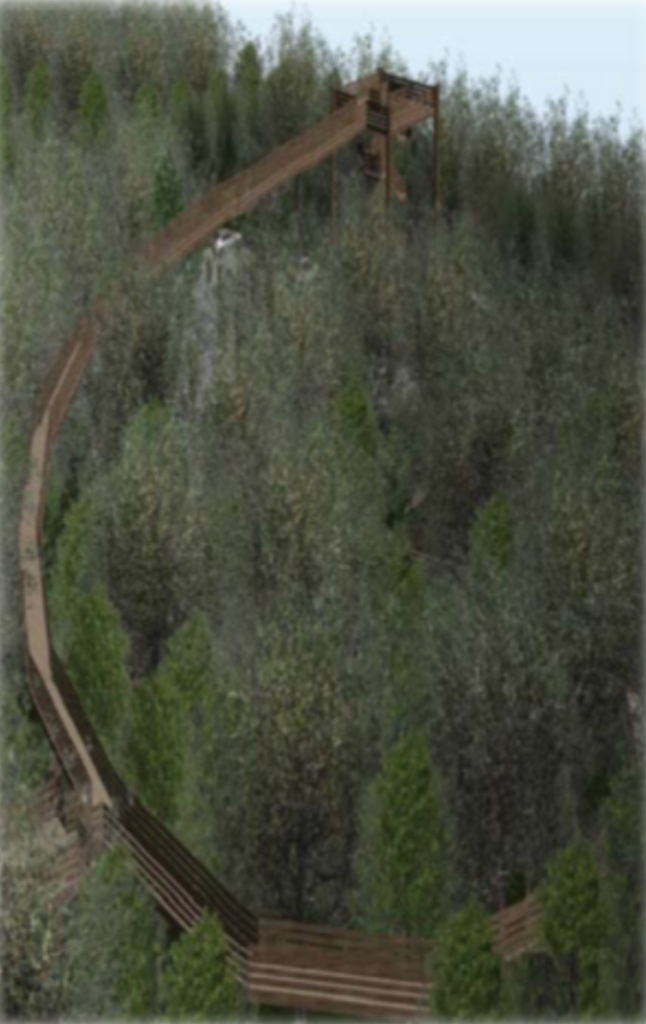 “We are extremely grateful to the Friends of Peninsula State Park for their generous donation and the extensive work they put into fundraising to restore this Door County icon,” said Ben Bergey, Wisconsin State Park System Director. “We join the Friends group in looking forward to the return of Eagle Tower to the park.”

Gov. Scott Walker has also included $750,000 funds in the current budget to help build the tower and the DNR will be using other state and federal funds to rebuild the tower.

The tower was closed in 2015 after the DNR determined it was unsafe for pedestrian access. Earlier this year the DNR announced it would dismantle Potawatomi Tower in Potawatomi State Park as well.