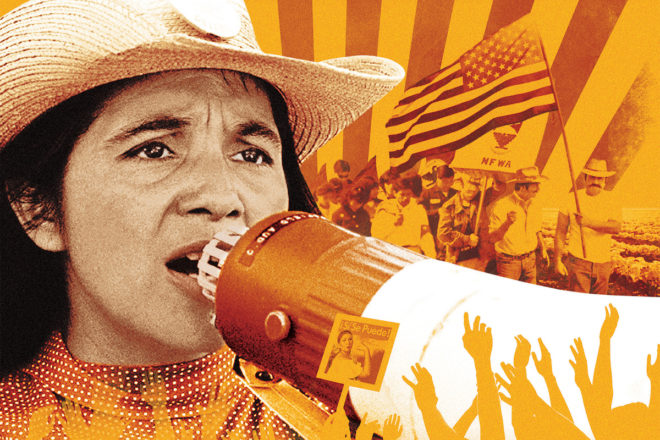 The Movies That Matter series features Dolores on Feb. 19, 4:30 pm, at the Unitarian Universalist Fellowship of Door County (UUFDC). The award-winning film tells the story of Dolores Huerta: among the most important, yet least known activists in our nation’s history.

Huerta co-founded the first farm workers’ union with Cesar Chavez and tirelessly led the fight for racial and labor justice, becoming one of the most defiant feminists of the 20th century. The film describes her long career as a Latina activist, her interactions with leading political figures and the impact of her passionate commitment on her family. Barack Obama adopted her slogan “Sí, se puede” (“Yes, we can”) for his presidential campaign, and he awarded her the Presidential Medal of Freedom in 2012.

The film is part of the UUFDC’s monthly Movies That Matter series, which examines a wide range of issues. A discussion follows each free screening. The UUFDC is located at 10341 Hwy 42 in north Ephraim. For more information, call 920.854.7559.