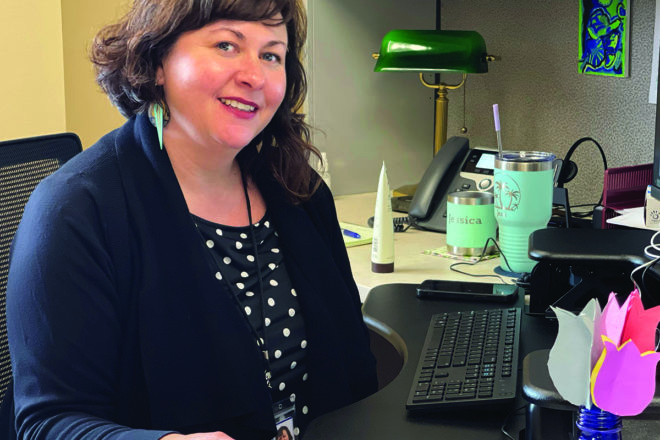 Jessica Hatch of Baileys Harbor is Door County’s new broadband coordinator. She worked for nearly six years at Door County Broadband – her final time in operations management – immediately prior to her April 11 start with the county.

“Part of what I had done was partnering and writing grants with the municipalities and outreach for the communities to try to expand broadband services throughout the county,” she said.

Hatch said she hit the ground running at a slow trot as efforts began to organize the committee and make plans to help municipalities countywide. In the meantime, she’s connected with all the municipalities to introduce herself and learn where each is along the path to greater broadband service.

“[Some] communities have just been a little more active historically,” she said, such as Baileys Harbor, Liberty Grove, Nasewaupee and Sevastopol. “The others, I’m just trying to follow up to see where they’re at.”

The county created the broadband position with American Rescue Plan Act (ARPA) dollars, which can be spent on a wide range of government operations. The county received $5,374,185 in ARPA funding and allocated $1 million over three years for the broadband initiative. The allocation included $152,000 in 2022 for the new hire’s salary, benefits and position start-up costs.

The coordinator’s primary responsibilities, according to the job description when the position was created, are the overall coordination of the FiberNet initiative as laid out in the broadband assessment report that the DCEDC completed late last year.