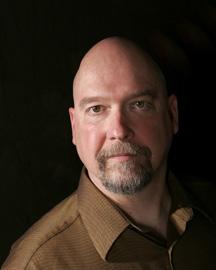 “It was a bit nerve wracking,” said McClelland, “performing for a crowd like that. The audience was full of some the heaviest contemporary composers of our time, from all over the world, and we were up there doing our heavy-metal vaudeville shtick. It was surreal!”

Whether in the pit or on the stage, McClelland usually attempts to make all performances at least a little theatrical. “Music is great,” he said, “but many musicians’ shows are honestly quite boring. Yes, the music should speak for itself, but it never hurts to spice it up with a visual.”